Culture Shock in the Netherlands

The Dutch are among the most liberal people in the world, so more conservative expats may experience some culture shock in the Netherlands. Prostitution is legal and regulated and is openly on display in Amsterdam's red-light districts. Though marijuana is technically illegal, it is decriminalised for personal use and is sold in coffee shops in certain areas of the country.

Making new friends can be difficult for expats moving to the Netherlands, especially if they don't speak Dutch, and establishing a social circle often takes a lot of effort. That said, the Dutch say it like it is and expats will know exactly where they stand with locals. This can seem abrasive, but having an open mind and a sense of humour will go a long way to easing the transition to life in the Netherlands.

Language barrier in the Netherlands

The Dutch language could be the biggest hurdle for new arrivals. Locals are often multilingual, and in the big cities, most speak a reasonable level of English, French or German. However, unless expats can speak some Dutch, they could end up feeling isolated.

Once they have a decent grasp of the language, most expats find that locals seem friendlier, more helpful and more encouraging. There are several options for learning Dutch, including private individual lessons and intensive courses at language centres and universities. The latter is the most efficient for expats working in the Netherlands. The courses are designed to teach individuals to speak Dutch quickly and offer a wealth of invaluable information about Dutch culture and history.

Work culture in the Netherlands

Concerning the work culture in the Netherlands, the Dutch love to have meetings or vergaderingen. They often run overtime since everyone, regardless of rank, needs to be heard. If a decision isn't reached then they simply adjourn to the next meeting. Rank is also unimportant and it's not unusual to find bosses to be more approachable than what expats might have previously experienced.

The Dutch like to keep their working life and personal life separate, so it can be difficult to socialise with colleagues outside of work.

Service in the Netherlands

The Netherlands isn't the most service-orientated country. It's normal to enter a shop and be left waiting unattended and service in restaurants can be slow. Even the Dutch complain about the lack of good service in their country. One explanation is that employees get their salary no matter what. Commission systems, like bonus and percentage increases on every sale, aimed at motivating staff to perform better, are relatively rare.

Religion and secularism in the Netherlands

There is a strong secular ethic in the Netherlands, and most people believe that religion should not play a role in politics. Across other spheres of life, religion plays a minor role, if at all, such as in education or in social settings, as a large proportion of the Dutch population is atheist or agnostic. So, expats who follow and practise religion and are from a religious country may experience some culture shock.

Nevertheless, all religions are welcome and respected in the Netherlands, and finding a community with shared beliefs is possible. Catholicism and other Christian denominations are among the most practised religions, followed by Islam, Hinduism and Buddhism.

Clogs and clothing in the Netherlands

Naturally, when thinking about Dutch culture, images of clogs and traditional clothing of dark suits, long dresses and striped skirts with floral aprons may come to mind. Clogs, traditional wooden footwear, are said to date back around 850 years, and while they are not commonly worn in today's Dutch cities, they may be found in some rural areas and they remain a key part of Dutch heritage – and make for a great souvenir.

►Know before you go: tips for moving is essential reading for expats planning to a move to the Netherlands

"As many have said before me probably, Dutch culture is pretty straight forward, in‐your‐face, and loose. Especially if you have kids, the Netherlands is a great country." Expat Edward talks about the quality of life and experience of culture in the Netherlands in this interview.

"So much is accessible by bike and I have really embraced the cycling culture here in the Netherlands. Overall, the lifestyle is much healthier than in the US. And there is such richness is history and culture here. Utrecht itself has been around since 97 AD!" Read more about culture and history in Utrecht in our interview with Tiffany J. 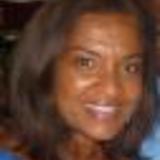 I am an amateur writer, and a hospital pharmacist by background. Eight years ago I qualified as a Master Practitioner of NLP, Time Line Therapy and Hypnosis, and am now in the process of starting my own sole trader business in NLP coaching. My business name is "Recipes4Change".

I am an expat in The Netherlands, but as my husband has studied in TU Delft in the past, we also have a network of Dutch friends (I speak reasonable Dutch). Apart from The Netherlands, Lebanon and Ghana, I have lived and worked also in Aberdeen, Scotland, and Muscat, Oman. I have two daughters 18 and 13 years.