Unlike many other destinations, working in Portugal is hardly a hook for expats looking to move to this Mediterranean country. In fact, many relocate here to escape the faster business cultures of their own home countries. These include retirees and professionals that sacrifice higher wages for a better quality of life.

Expats who do move for employment can find the transition difficult, as Portugal's large bureaucracy can be slow to provide licences and certifications. Furthermore, unemployment is generally high and wages are well below the European average, leaving many locals to settle for some abbreviated version of self-employment.

Much of Portuguese industry is manufacturing, which has a limited need or attraction for expat workers; however, burgeoning technology and alternative energy industries are beginning to take root in the country as well.

Finding a job in Portugal

Those lucky enough to secure a job prior to relocation will find that the businesses usually take care of most of the groundwork. Expats planning on taking the self-employed route or those who move without a job opportunity will have much more difficulty beginning a business as well as navigating the waters of foreign affairs.

Those wanting to work in Portugal will find the best method of obtaining a job is through word-of-mouth. Many positions never even reach the press for advertisement and are rather marketed through social connections and friendship networks.

Expats may also find that the expat community often prefers hiring service providers that originate from a similar part of the word as themselves, so it's worthwhile to cultivate acquaintances in these circles. Many have made a living in Portugal working strictly for expats like themselves.

Portuguese business culture tends to be hierarchical and relationship focused. Employees show respect to superiors and should always use titles like Señhor and Señhora when speaking to colleagues. Appearances are important to local businesspeople. Expats should make an effort to wear formal, neat and conservative clothing.

Expats would also do well to learn at least basic Portuguese before arriving in their new home, as this will go a long way when building a business network in Portugal.

"If you are needing a job in Portugal, you may have an uphill struggle." Read more of Bob's thoughts on living in Portugal.

"There are still opportunities but I wouldn’t come here without a job/business lined up or enough money to live on without working." Learn about life in Portugal in Julie's Expat Arrivals interview.

Are you an expat living in Portugal?

Expat Arrivals is looking for locals to contribute to this guide, and answer forum questions from others planning their move to Portugal. Please contact us if you'd like to contribute. 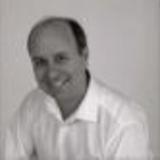 John Norton has a wealth of international business experience which he uses in working with his customers to develop and grow their business both online and offline. He is a keen rugby enthusiast and sings opera when the mood takes him.