Pros and Cons of Moving to Stockholm

Stockholm is a gorgeous, green and peaceful city. There is plenty to love about life in this city made up of 14 islands and a quarter of the Swedish population. Expats who are aware of the difficulties that life here can present, and can find a way to work around them, will find that life in Stockholm can be incredibly enjoyable and worthwhile.

It is likely that no matter where they've lived before, expats will find the standard of housing in Stockholm to be quite high as far as building and infrastructure quality go. The majority of housing in the inner city is comprised of average-sized apartment buildings, while the outer city limits and beyond will offer plenty of villas and attached homes.

Homeowners and Swedes in general tend to take good care of the properties they own and live in. This means that whether renting or buying, expats will likely find most places to have updated amenities and all fixtures and services in great shape, especially in Stockholm, where remodelling seems to be a popular pastime. The associations that run and care for apartment buildings usually see to it that trash, laundry, repairs and other building services are in order and regularly serviced.

Relative to other Western countries, the cost of accommodation, whether renting or buying, is very high in Stockholm. Prices are much higher in the inner city, so looking at options just a couple subway stops further can help with this.

The rental market is a real mess; even locals can have a hard time finding lasting and affordable rentals in the city. It is not impossible, but takes some diligence and possibly some networking. It’s more common for young people to buy an apartment in Stockholm than it is in other European capitals, because of the tricky rental situation.

Stockholm is referred to by many as the Capital of Scandinavia. There is a great deal of culture, a mix of nightlife, and a variety of restaurants to be found, yet the city still retains a quaint and calm overall vibe.

Stockholmers love the outdoors and fill the warmer months with barbecues, sporting events, visits to the countryside, and soaking up the limited sunshine. They may complain about the long winters but it doesn’t mean they don’t know how to make the most of it. During those months, they often take long skiing weekends, hikes in the snow, and go ice skating or sledding. Winters in Stockholm are not too extreme but there is usually quite a bit of snow, which makes winters more activity-oriented than if they were simply rainy.

Winters in Stockholm are long and quite dark. In December daylight only lasts for about six hours. For the high latitude it sits at, however, the city has better weather than one would expect. There may be a longer time to wait for spring, but sunny snowy days are abundant in Stockholm, and it’s important for expats to learn to make the most of these if cold and darkness bother them.

Stockholm is one third water, and one third green space. This makes for an abundance of parks to picnic in during the summer and possibly sled through in the winter. There are smaller islands to explore and countless waterfront restaurants, cafes, bars, and attractions to enjoy. The city is clean and not very crowded at all. It’s easy to enjoy nature right in the inner city, as well as find a quiet forest to hike through not more than 15 minutes from the centre of town.

Stockholm, despite being such a tourist destination, has limited opening hours when it comes to many shopping and service locations. It is common for stores to close at 5pm on Saturdays, and for some boutiques and stores to even be closed on Sundays.

Stockholm is a very safe place with low levels of petty crime, and even lower levels of serious crime. It’s one of the safest capital cities in all of Europe.

Some of the fancier areas of Stockholm, such as Östermalm and nearby upscale suburbs, are targeted for burglary. Stockholm has very low rates of such crime compared to other international cities, as stated above, but it is still important to be aware of this. Also, rental fraud is not uncommon in Stockholm, so expats must be aware of this when they are looking online for housing.

Working and doing business in Stockholm

Swedes generally have around five weeks of vacation a year, plus a generous number of public national holidays. This, combined with a very family-oriented culture, contributes to a strong sense of work/life balance, even in the capital city. Even the more demanding and fast-paced industries will have fewer working hours per week compared to companies in many other Western and Asian cities.

Because Swedes take so much time off in the summertime and winter holidays, expect that anything from sales, a job search or application, visa processing, business deals or projects, and more will be delayed during July and August as well as December and January. Expats should plan around this, especially if conducting a job search in Stockholm, as locals nearly empty the city during the summer.

Stockholm is a tolerant and worldly city and is welcoming to all kinds of people and cultures. The Scandinavian shyness is likely the biggest hurdle that an expat will have to deal with.

Stockholm, like the rest of Sweden, is full of workplaces, organizations, political groups, and the like that are very non-hierarchical. It’s important to Swedes that everyone from the secretary to the CEO has a voice and is treated equally. Upper management doesn’t tend to get a great deal more benefits than anyone else in a company. This may feel unusual to some expats but it makes for a society where many are comfortable in their workplace and can approach anyone without much bureaucracy.

It is very common for expats to complain that Swedes are hard to get to know. Even Swedes that are not from Stockholm can stereotype the city as a place where people are less friendly than the rest of the country. It really comes down to the fact that Swedes tend to be reserved and private, especially in public and with those that they do not yet know. Expats need to understand this from the beginning and know that social circles tend to be tightly formed in the city, but it certainly doesn’t mean that it is impossible to make friends. It's also important not to mistake shyness for rudeness.

Expats must be diligent, patient and genuine with the Swedes that they meet, respect their space, and the locals will certainly warm to them after not too long. It’s important to get involved in local social, business and sports clubs in order to help this process along. Learning the language is a major factor in making friends in the country. Stockholmers respond well to expats who are friendly, open and interested in them, but who don’t come across as too loud or opinionated.

Cost of living in Stockholm

Culture is a highly valued part of Stockholm’s city budget, and along with that, locals are very keen on putting together entertainment at a very low cost. Museums and exhibits around town tend to have a low cost of entry, and many are free. It is relatively cheap to take the boats around the different islands of the city in the summer, as well as to rent bicycles. In the warmer months, parks often have free concerts and shows.

Generally, most other things in Stockholm, from housing to clothing, petrol to public transport, alcohol to movie tickets, are quite expensive. Expats should prepare to adjust their lifestyle somewhat accordingly.

Education and schools in Stockholm

High-quality bilingual schools and other types of international schools are relatively common in Stockholm and nearby suburbs, especially compared to the rest of the country.

Homeschooling in Sweden is heavily regulated and generally only allowed in very rare and specific circumstances. This may be an issue for some expats.

The public high schools, colleges and universities located in Stockholm are some of the best the nation, and Scandinavia, have to offer. Stockholm has a high number of students and is a vibrant place to study.

Most expats will be covered by good health insurance, whether they are a student or have a residence visa through a job or a relationship. Visits and checkups will have a fee but these are usually quite low. Prescriptions are easy to pick up at any pharmacy and are usually quite low-cost as well.

Navigating the system, like many administrative scenarios in Stockholm, can take some patience if expats don’t yet speak Swedish. Most healthcare documents and paperwork are in Swedish only, as well as the menus spoken over healthcare phone lines. Hours of operation for various types of clinics may be more limited than some expats are used to, like many services in Stockholm.

►For valuable information regarding finding housing, see Accommodation in Stockholm

Are you an expat living in Stockholm?

Expat Arrivals is looking for locals to contribute to this guide, and answer forum questions from others planning their move to Stockholm. Please contact us if you'd like to contribute. 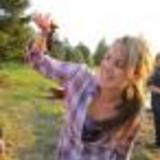