Getting Around in Jakarta

Getting around in Jakarta can be a nightmare, so expats will need a sense of humour, the ability to plan ahead and infinite patience. There are various modes of transport available, ranging from luxurious Mercedes taxis with their English-speaking drivers, to the very basic bajaj, the Indonesian equivalent of a tuk-tuk.

Most wealthy Indonesians and expats employ a full-time driver to take care of their transport needs, but for the average Jakartan this is a luxury which they cannot afford. For the majority of people living and working in Jakarta, buses, ojeks and bajaj are their only option. It is common to see overcrowded buses, and motorbikes carrying at least two, if not three, passengers.

There is currently no subway or monorail system, which is why the roads are so badly congested and Jakarta’s traffic so notorious.

Whether riding around in a comfortable air-conditioned car or holding on to the back of an ojek, one thing that is guaranteed in Jakarta is traffic congestion. Even the shortest journeys can take hours so it is advisable to allow plenty of time to get to one's destination. Friday afternoons are known to be particularly bad.

Despite the huge volume of daily traffic making its way along the highways and byways of Indonesia’s vast capital, road traffic accidents are rare and drivers and their passengers are remarkably good-natured and patient considering how long it takes many of them to commute every day.

Buses in Jakarta range from the large, modern air-conditioned TransJakarta buses that have a fixed route through the city, to the very basic Koasi buses. Prices for TransJakarta buses vary depending on destination and they have their own designated stops along the route.

Kopaja and Metromini are medium-sized buses, typically full and overcrowded with no air conditioning. These usually have no official bus stops, just stopping anywhere that someone wants to hop on or off.

Mikrolet and Koasi are more like minivans. The driver generally won’t leave until he has a full bus so it’s not uncommon to see people waiting inside the hot stuffy bus for over half an hour while the driver waits to get more passengers.

Trains run from Jakarta to the suburbs and beyond. The trains are busy and often very crowded on the commuter line, but are the fastest way to get out of Jakarta and back again, avoiding the heavily congested roads.

Ojeks are motorcycle taxis. There are signs for ojeks on most street corners and along the side of the main roads. If one is lucky, the ojek driver will supply a helmet. Most drivers are knowledgeable about routes around Jakarta and also have the advantage of being able to get through static traffic more easily than a car.

Bajaj are the most fun way to travel around Jakarta. However, expats should be prepared for a noisy ride due to the fact that these vehicles are open-sided, and may have little or no flooring in the back, often just a piece of old cardboard stuck down over a gaping hole. It’s unlikely the driver will speak any English so expats need to know exactly where they are headed and negotiate a price beforehand.

There are a number of taxi services in Jakarta, with ride-sharing services like Grab being the recommended service for expats to use. Drivers are generally very good, have knowledge of the city and speak reasonably good English. They are a safe bet for newcomers to Jakarta and those unfamiliar with the area.

Other local taxi drivers generally don’t speak English and often have a very basic knowledge of the city. It is not unheard of for these drivers to get lost and for journeys to take longer than normal because they have to stop to ask directions.

For most people who can afford it, having a full-time driver is the easiest and most convenient option for getting around Jakarta. The driver's pay is based on a daily rate and then overtime is added if they work late and on weekends. A good driver is invaluable as he will have an excellent knowledge of the city’s roads and know the quickest routes to a given address.

Due to the heavy traffic congestion, cycling in Jakarta can be dangerous. There are no bicycle-sharing facilities in the city and there is very little infrastructure for cyclists, so expats are advised to avoid cycling in Jakarta.

Walking in Jakarta is problematic. First off is the pollution, which makes this form of exercise unpleasant. Secondly, the lack of pavements means that people have to keep their wits about them if they are to avoid falling into holes in the ground, tripping over uneven paving or, worse, falling into open sewers that often run alongside the roads. Not least, the sheer volume of traffic makes crossing a road something of an extreme sport.

In the centre of Jakarta, around the shopping malls and in some expat residential areas, walking is easier but, in general, walking in Jakarta is not as pleasurable as it might be in other cities.

► For more information about expat life in Jakarta, have a look at Lifestyle in Jakarta 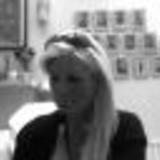