Indonesia seemingly has a reputation as being one of the more unsafe countries in Asia and often tourists and expats are cautioned against visiting. While expats should always be aware of the latest travel advice issued by their home government, most of the time there is no need to worry about safety in Indonesia.

Generally speaking, by simply keeping informed and being aware of the potential dangers, expats can minimise their risks of coming to harm. Most visitors and residents spend their time in Indonesia peacefully without any problems. It makes sense to be aware of the risks but there is no need to live in fear.

Indonesia is a large country spread over thousands of islands, all with their own unique culture and infrastructure. This can make advice about visiting the country as a whole difficult. Visiting Jakarta will be a very different experience from visiting one of the small islands. Certain provinces such as Aceh and Papua are considered to be more dangerous for visitors than the rest of the country due to ethnic violence and political instability.

The problems Indonesia faces are further compounded by an underdeveloped infrastructure that is inadequate to cope with regularly occurring natural disasters, including earthquakes and flooding. Religious and ethnic tensions, which are inevitable with many different ethnic groups living side by side, are also the root cause of much of the crime in Indonesia, including a risk of terrorism.

Crime rates in Indonesia are relatively high, particularly in urban areas such as Jakarta and Surabaya. Pickpocketing is common, as is bag-snatching – usually from the back of a motorbike. To reduce the risk of being a victim of such crimes, expats can take simple steps such as wearing a secure bag which cannot easily be snatched from their shoulder and keeping items within the seat storage area rather than on their person when travelling by motorbike.

Home break-ins are also a risk and are becoming more common even in areas thought to be safe, such as Bali. Homes should have appropriate security measures such as security locks and gates. Expats may want to consider hiring security staff, particularly if living in an isolated area.

ATM fraud also seems to be a common occurrence, although most banks have taken steps to improve the security of their machines in recent years. When using any ATM it is important to check for any suspicious persons in the vicinity and inspect the machine before use.

Credit card fraud is also a concern and it is recommended to use cash wherever possible. Expats should take extra care to monitor their account and inform their bank immediately of any unauthorised activity.

In recent years there have been a number of deaths and serious illnesses caused by locals and tourists drinking alcohol spiked with methanol, mostly on the tourist islands of Bali and Lombok. The local spirit arak seems to be the main culprit but even some branded spirits, including vodka and rum, may be local copies and should not be considered safe.

Road accidents are one of the main causes of hospitalisation and death to foreigners in Indonesia. Traffic is busy and chaotic, particularly in urban centres, and traffic rules are rarely enforced. Roads are overcrowded and it is common for motorbikes to overtake on both sides. Extreme weather conditions in the wet season and poor road conditions add to the problems.

When an accident occurs it is common for any foreigner involved to be implicated as the cause of the accident and forced to pay money for the repair of vehicles and hospital fees. The involvement of police is certainly not a guarantee against this.

Expats unfamiliar with driving in Indonesia should rather consider hiring a car with a driver.

Terrorism is a real threat in Indonesia and there have been a number of terrorist attacks and bombings which have caused injury and deaths to foreign nationals in recent years.

The Indonesian government has taken steps to fight terrorism, but attacks are unpredictable and places frequented by tourists and expats are most at risk of being hit. These include foreign embassies, shopping malls, Western hotels, airports and popular tourist areas. It's important to remain vigilant, particularly around holiday times.

Due to political and religious tensions, certain nationalities are sometimes targeted so it is important to stay up to date with the advice given by foreign embassies. Expats should always register their contact details with their national embassy so that they can be contacted in an emergency.

Flooding is also a problem during the rainy season and flash floods and landslides occur frequently. Jakarta is hit particularly badly with flooding every year.

The following numbers are the official national emergency response numbers of Indonesia but cannot always be relied on, particularly in remote areas

►For more information about staying safe and healthy, see Healthcare in Indonesia 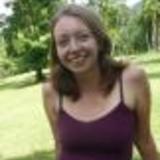 Rachel became an accidental expat in Bali four years ago and now lives in a traditional Balinese family compound with her husband and two children. Read her website, How to Escape.