The lifestyle in New York City is vibrant, exciting and ever-changing. There is a plethora of restaurants, nightlife hotspots, shopping destinations and events to enjoy, not to mention an abundance of theatre, arts and culture venues, health and beauty centres, and sports facilities.

The melting pot of New York City has immense variety and people of all persuasions are sure to find something to suit their tastes in this vibrant city.

With a vast and varied calibre of shopping options, expats in New York will have a hard time holding onto their purse strings in the city. From neverending shopping streets to packed fleamarkets, it's easy to while away the hours browsing.

The infamous Fifth Avenue is a must, even if only for window shopping, as is trendy Madison Avenue, lined with designer shops including Chanel and Prada. The cobblestone streets of SoHo also host many chic outlets. On the other hand, there are bargains aplenty to be found in Chinatown and the Lower East Side.

As expats may imagine, nightlife in New York is as eclectic as the city itself. Whether in the mood for a chic jazz lounge, world-renowned DJs spinning mixes or a wild nightclub, New York really does have something to meet every reveller's expectations. This is, after all, the city that never sleeps. Each of the New York boroughs has its very own unique nightlife scene, so don't be afraid to explore new places.

For arts and culture buffs, it doesn't get any better than New York. The city boasts internationally acclaimed art exhibitions and new productions pop up every week in the Big Apple.

Galleries and museums in New York range from the massive to the miniscule, and attract millions to the city each year. Along Fifth Avenue, the city's famous Museum Mile plays host to museums such the Metropolitan Museum of Art and the Guggenheim, as well as the lesser-known El Museo del Barrio and the Museum of the City of New York. New York's best art galleries are in Chelsea, but those wanting to view something edgier should head to Queens.

Expats in New York City should be sure to catch a play or musical on Broadway during their time in the city. The Phantom of the Opera is a classic that is sure to impress – with a run of over 13,000 performances to date, it is by far the longest-running show on Broadway. Those looking to see a celebrity in the flesh may also have some luck in the New York theatre scene – many famous musicians and actors have graced the Broadway stages. For something a little more off the beaten track, check out what Off-Broadway has to offer, too. Off-Broadway theatres are typically smaller than Broadway theatres and up-and-coming plays and musicals are often staged there as a test run before moving to Broadway itself.

Eating out in New York City

While roadside vendors selling everything from hot dogs to bagels are a common sight in New York, there are also a number of excellent restaurants for expats to try. All kinds of cuisine can be found in New York, so expats fond of dining out can have whatever their hearts (or stomachs) desire.

For the best in restaurant variety head to Queens. Chinatown is good for all types of Asian fare; the East Village has Ukrainian, Indian and Japanese eateries; and a good selection of African and soul food restaurants are based in Harlem. There are steakhouses, as well as Italian restaurants and pizzerias aplenty, throughout the city.

With so much going on in terms of shopping, eating out, entertainment and nightlife, many expats can't help but wonder when they will ever get time to keep fit in New York. But the fact is that New Yorkers really are an image-conscious bunch and new arrivals will soon get used to the sight of runners in Central Park, cyclists biking to work and people somehow finding the time to fit in the odd gym session or yoga class.

Those who prefer watching sport more than partaking in it will be pleased to learn that New York has a long sporting history. Baseball is the city's most closely followed sport and expats should be sure to go and see the New York Yankees or the New York Mets take to the field. American football is also a popular sport and the city is home to both the New York Giants and the New York Jets.

►For sightseeing ideas, read See and Do in New York City

"My ideal day involves grabbing a coffee at my corner bodega, taking my dog for a long walk through Central Park, meeting up with a friend for lunch at a neighbourhood Greek restaurant, shopping at a mix of one-off boutiques and chain retailers, taking a fun Zumba or Soul Cycle class, happy hour drinks outdoors overlooking the Hudson River, and taking a cab home to my deliciously centrally located apartment." Read more of American repatriate Jessica's interview.

"I really enjoy that you can do anything at any time you want; learning a new language, dancing Salsa, hitting up a party – it’s a madhouse sometimes! Getting to know people at a bar and going out by yourself. Sharing accommodation with singers and actors, who are trying to make it. Strolling down the streets of the West Village and taking in the gorgeous buildings." German expat Laura shares her thoughts on expat life in NYC.

Are you an expat living in New York City?

Expat Arrivals is looking for locals to contribute to this guide, and answer forum questions from others planning their move to New York City. Please contact us if you'd like to contribute. 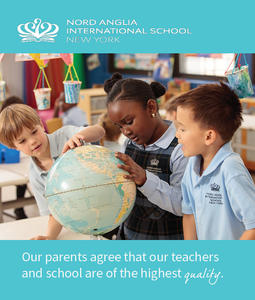