Keeping in Touch in Norway

Expats should have no trouble keeping in touch with family and friends back home after they arrive in Norway. The internet is fast and reliable, and there are several mobile phone options, while English media is also plentiful.

With a highly advanced and cutting-edge Information and Communication Technology (ICT) sector, the internet in Norway has fantastic reliability and speed. Residents can get online just about everywhere and most hotels, cafés and restaurants in the cities have WiFi for their customers. Internet connectivity is even possible in the most rural of areas in Norway.

Prices are reasonable and there are many services to choose from. The biggest telecom provider is state-owned Telenor, while Canal Digital and Tele2 are also prominent.

Most Norwegians have their own broadband internet at home, so internet cafés are sparse. Anyone needing to use the internet that does not own a laptop can go to the closest library.

Social networking sites and instant messaging services, such as Skype, WhatsApp and FaceTime, are all accessible and well used.

The vast majority of Norwegians have a mobile phone and texting is a common form of communication. Landlines are becoming rarer in private homes, but are still used by most businesses. The main provider is Telenor, which owns the core infrastructure.

Anyone with a Norwegian identity number can apply for a phone contract or buy a mobile phone without a subscription to a company. Expats will have an identity number assigned once their residency permit is approved.

Expats can check if their phone works in Norway when they arrive. If so, they can buy a new SIM card with a Norwegian number from mobile phone shops, some supermarkets and newsagents.

Television is a good way for expats to begin to understand the Norwegian psyche, culture and language. Norway has four national television stations (NRK1, NRK2, NRK Super and NRK3), but private companies such as TV2 and TVNorge as well as cable channels let expats see their favourite shows from back home. Although NRK is state-owned and under the jurisdiction of the Ministry of Culture and Church affairs, there is very little censorship on television. Anyone with a television has to pay a licence fee.

Many expats subscribe to cable television services, and the more channels someone subscribes to, the higher the price for cable services will be. Residents can also rent new release movies via their cable provider.

There is a wide variety of English media in Norway. Television shows and movies are often in English, many websites have an English version, and libraries often have an English book section.

While there are obviously Norwegian channels on television, some channels show both Norwegian and American or British shows. All shows have subtitles regardless of the language. Most television channels in Norway are in English.

Expats can use the postal system in Norway to ship packages to their family. Although it is expensive, the Norwegian postal service is very reliable and packages should arrive internationally within five to 10 business days.

►To learn about difficulties expats might face settling in, read Culture Shock in Norway 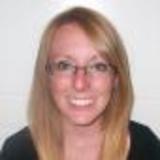 I come from rural Kentucky, USA to suburban, coastal Norway to be with my husband. Long story short, we met as international pen pals, but he was different and I've never stopped talking to him since I've met him. We quickly became friends, then after meeting up we definitely decided we couldn't stop there. We made the decision to marry and I moved to Norway. Now that I'm living in Norway I'm experiencing new things, writing about personal musings, cultural differences, language triumphs and challenges, and basically all things Norway! I haven't regretted making the decision to move to the beautiful country of Norway and even more so I'm happy to have done it for my best friend - my husband!