Keeping in Touch in Switzerland

With some of the fastest internet in the world, a broad range of telecommunications packages and excellent access to international media, keeping in touch in Switzerland is easy – but expats should take some time to choose options that best suit their needs.

There is virtually no internet censorship in Switzerland, so expats will have no trouble accessing the sites they are accustomed to at home.

Larger telecommunications providers offer packages that combine the internet, mobile, fixed-line telephone, and digital television. Some of the best-known internet service providers in Switzerland include Swisscom, Sunrise, and UPC.

Expats can apply for mobile phone contracts if they have a valid work permit for Switzerland and are registered at their local municipality. The necessary documents include proof of identification, banking details and proof of address.

Contracts that include a phone usually run between 12 and 24 months, while some operators offer shorter contracts without one.

Prepaid mobile cards are a good option in terms of flexibility, but their call rates are generally higher than contract rates. SIM cards can be bought at supermarkets, kiosks, and newsagents.

International mobile calls are the most expensive. Expats who live close to the border, in cities like Geneva and Basel, have been known to receive data roaming messages, followed by a shock when they’re charged for international calls.

Frequent international callers should investigate packages with a flat monthly rate for calls to international lines, and whether the countries they call are included.

Installing a landline requires similar documents to a mobile contract, and depending on whether a line had previously been installed on the property, the process can take a few weeks.

Swiss Post is the national postal service in Switzerland, and it’s generally efficient and reliable. Deliveries can be tracked effectively, and same-day delivery is possible with A Mail while letters sent through B Mail arrive in three to four days. It offers various additional services like account payments, bank accounts, and mail forwarding or retaining.

Post offices have similar hours to local shops; most except the main offices in cities are closed on Sundays and over lunch.

English-language publications are widely available both online and offline, and international newspapers may be available the day after publication in some places.

English-language television and radio in Switzerland

BBC Radio and many other English language radio stations are available via online streaming. World Radio Switzerland is an English radio station that broadcasts from Geneva.

Expats planning to stay in Switzerland for longer than three months will have to register with Billag, the fees collection company, to pay radio and television license fees. Costs are calculated by household and apply to television, radio sets and any devices with internet reception.

►See Working in Switzerland for info on the Swiss business world

Are you an expat living in Switzerland?

Expat Arrivals is looking for locals to contribute to this guide, and answer forum questions from others planning their move to Switzerland. Please contact us if you'd like to contribute. 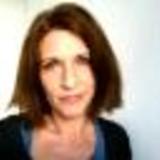 Kate was born in Johannesburg, South Africa, and believes she caught the wanderlust from her journalist father, who constantly wanted to change cities and countries. He managed several times despite her mother's objections to uprooting the large family. She has continued this tradition herself since becoming an adult a few decades ago.