Since Australia is such an overwhelmingly popular expat destination, those wishing to live within a closely-knit expat community will almost certainly be able to do so. However, Australian society is also famously friendly and welcoming – and so expats have no need to worry if their dream rental is located in a predominantly Australian neighbourhood.

Home security will not be a major issue for expats relocating to Australia. Although minor break-ins do occur in some neighbourhoods, these crimes are hardly ever violent, and more often than not, the installation of a simple alarm system should be enough to deter potential robbers. Time and again, expats report that they feel very safe in their homes, no matter where they happen to live in Australia.

Types of accommodation in Australia

Expats moving to Australia will find plenty of housing options available to them, from furnished or unfurnished apartments to houses, studios and luxury apartments.

The standard of accommodation in Australia varies from area to area, and between types of accommodation, but is generally very high. It is not at all uncommon for houses in Australia to boast family-friendly features, such as garages, big gardens, and swimming pools. Newer, more upmarket houses will probably be equipped with air conditioning, although ceiling fans are far more common. Indoor heating is very rare since it would be completely redundant for most of the year.

Expats relocating on a short-term basis will probably opt to rent property in Australia. This process is reasonably straightforward, although expats might find – at least during the initial stages – that they are required to do most of the house-hunting themselves. Internet searches and newspaper advertisements are probably the most fruitful avenues in this regard.

Expats will be delighted to know that the cost of accommodation in Australia – relative to one's salary and other living expenses – is generally reasonable. Shared housing is also a popular option, especially for single expats, and there are numerous websites that are exclusively devoted to providing listings for room rentals in shared houses.

Many expats choose to buy property in Australia. The ease with which expats can obtain a mortgage approval in Australia depends on several factors, the most significant of which are the type of visa they are on, and their credit rating.

House prices in Australia – especially for those who have negotiated themselves a generous expat salary package – are usually affordable. However, expats should be aware that the Australian property market can move fast and furiously, and that thorough research should be undertaken before embarking on the adventure of finding a new home.

► Find out more about accommodation in Melbourne

Are you an expat living in Australia?

Expat Arrivals is looking for locals to contribute to this guide, and answer forum questions from others planning their move to Australia. Please contact us if you'd like to contribute. 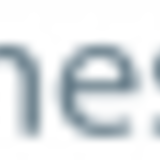 Nestoria is a free to use real estate search engine that lets users search the combined listings of our many real estate agent and portal partners - which means more properties on the one site. We're like Google, but just for property, providing all sorts of search tools to help users refine their way through all our listings and find the perfect property more quickly. Nestoria lists rentals, flatshares and sales.