The healthcare system in Australia is exceptional, and it comes as no surprise that the country’s population claims one of the highest life expectancies in the world.

Expats will learn that the governing principle behind healthcare in Australia is that it is a hybrid of both public and private service provision.

While the public healthcare system in Australia is quite efficient and is accepted internationally as a world-class operation, expats should realise that there are still occasional queues and waiting lists for non-emergency surgery. What’s more, the standards of rural facilities and urban facilities can differ, and for those living far from a metropolis, it may be necessary to travel some distance to receive the right kind of care for complicated or specialised cases.

For these reasons, and because costs for temporary residents not eligible for the Medicare system are on par with that of private facilities, most expats in Australia without permanent residency opt to use private doctors and hospitals. That said, if it does become necessary for expats with temporary residence to use the public system, there is no need to worry about the standard of care administered.

The government supported healthcare system is called Medicare; it is available to all Australian citizens and permanent residents and is paid for through taxes levied on individual salaries. The Medicare scheme completely covers treatment in public hospitals and also offers complete or partial coverage of the cost of doctors’ consultations.

Eligible expats wishing to use Medicare will need to register with their passport, travel documents and permanent visa to have a Medicare card issued to them. This process usually takes between three weeks and a month and should be done one week after arrival in Australia.

Though the Medicare scheme doesn’t make it compulsory to visit certain doctors, expats should realise that in order to see a specialist and have the cost of the consultation and procedures covered, it’s necessary to first get a referral from a general practitioner.

When seeing a medical practitioner it is also important to check that they have been issued with a Medicare provider number.

Doctors either bill Medicare directly or if the patient pays then that individual is able to claim the rebate from Medicare. The rebate is then paid electronically into the claimant's account.

However, even if someone is eligible for Medicare, not all medical care will necessarily be covered. Therefore, it is highly recommended that expats take out some form of private medical insurance.

Much of the population in Australia has some form of private health cover, and both locals and expats are actively encouraged to take out such a coverage scheme by the government.

The majority of private healthcare package options specialise in surgery, particularly non-emergency surgeries such as orthopaedic surgery. As the use of private facilities decreases the demand on public facilities, Medicare does occasionally offer certain rebates to residents who choose to use private facilities.

Expats moving to Australia to live and work on a working visa need to prove to the Australian authorities that they are adequately covered by a minimum level of private health insurance to be granted their visa.

Even if an expat is a citizen of a country with a reciprocal health agreement, they are still required to take out health insurance cover in order to qualify for the visa, as they can only enrol in Medicare from within Australia.

It's important that one understands the level of access to Australian healthcare services that these reciprocal agreements provide. Generally, it is limited to immediate necessary care in the Australian public health system.

Pharmacies and medication in Australia

Pharmacies are easy to find in Australia, especially in the larger cities. Many pharmacies are open late or around the clock.

Expats should note the generic name of any chronic medication before arriving in Australia, as brand names may vary from country to country.

The number to dial in case of an emergency is 000. The cost of ambulance rides is not always covered by Medicare, even for permanent residents and citizens of Australia, so it is best to have some provision for this in the form of private insurance.

►Moving to Australia with children? Our Education and Schools in Australia page is essential reading for expat parents.

Are you an expat living in Australia?

Expat Arrivals is looking for locals to contribute to this guide, and answer forum questions from others planning their move to Australia. Please contact us if you'd like to contribute. 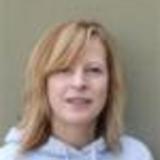 Alison Ripley Cubitt is an author and relocation consultant for Australia and New Zealand. She has lived and worked as an expat in Malaysia, New Zealand, the UK and Australia.