Interview with Kathryn Brewer – an Australian national who repatriated to Australia

Kathryn Brewer is an Australian expat, who after living in China for four years, has decided to return to Australia. Here she shares her experiences of moving back to Australia and offers an interesting comparison between the Chinese cities of Beijing and Shanghai and her new home, Adelaide. 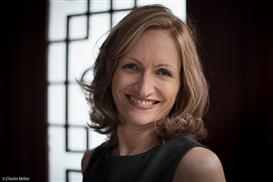 Q: Where are you originally from?
A: I’m originally from Adelaide although I haven’t lived there for 20 years, having spent most of my working life in Sydney and the central Australian desert town of Alice Springs. For the last four years I’ve lived in Beijing and Shanghai.

Q: Did you move with a spouse/children?
A:  I moved to China on my own. After a period of change I decided I wanted the experience of living in a completely different culture and after backpacking around Southeast Asia decided China was the place to be. I’m not sure how I decided that, but I did, so I got a teaching job on the internet and boarded a plane to Shanghai. The job didn’t eventuate but other roles did and after the first year of complete culture shock I grew to love China. It’s a real eye-opener after the casual Australian lifestyle and if you’re curious and open to different ways it is a great place to be an expat.

Q: Why have you returned to Australia?
A:  China is chaotic and controlled, centrally planned and market driven and the contrasts and contrariness of it all never cease to fascinate me. I say contrary, and I mean to an Australian such as myself, used to rules and regulations and a relaxed, laidback lifestyle that centres around the outdoors.

I’ve returned to Adelaide to focus exclusively on my new coaching business for the next few months. Running thelifecreative.com I coach creatives, professionals and expats who want to get more from their lives, whether that be a better job, more fulfilling relationships or their name on the cover of a book. My business is an extension of my life and work to date and I’m constantly inspired by my clients and the wonderful things they achieve. Adelaide is a perfect place to focus without the many and varied and constant distractions of Beijing.

Q: What do you enjoy most about Adelaide, how’s the quality of life?
A:  Adelaide used to be known as the City of Churches but nowadays its more known for world-class wine regions (McLaren Vale, Barossa and the Coonawarra), gourmet food and great festivals, and the Ashes, I guess, if you’re a cricket fan.

My favourite festival is WOMADelaide, a three-day world music fest at Botanic Park in the city which now nicely coincides with Writers Week and the Adelaide Festival. It’s on every March in late summer and I’ve already got my ticket for 2013.

Q: Any negatives? What do you miss most about Beijing?
A:  Adelaide is quiet so if you’re into big cities this is not the place to be! In fact, after living in Beijing which manages to have just about the whole population of Australia in it, I realise that Australia doesn’t have any big cities. Sydney and Melbourne will have to do and they do very nicely. If you’re lucky enough to be in Sydney over Christmas you can head down to the harbour to watch the beginning of the Sydney to Hobart yacht race on Boxing Day... Adelaide doesn’t have the beauty of Sydney, nor the cosmopolitan vibe of Melbourne but it has everything I need, especially as I plan to be making frequent trips back to Beijing.

Q: Is Adelaide safe?
A: One thing I miss about Beijing is that in Beijing (and Shanghai) I can walk around the city late at night on my own and always feel safe in a way you can’t in Australian cities. In Beijing and Shanghai there’s always people around so you’re never confronted with silent streets or a group of people you’d rather avoid and the shops are open until at least 10pm which also helps.

I’m bringing my bicycle back with me and about to discover how to get around by bike and public transport.

Q: What’s the cost of living in Australia compared to China? What is cheap or expensive in particular?
A:  Australia seems very expensive after China! However, in some ways it isn’t as the things you want as an expat –  in my case food like coffee, bread, wine, cheese and yoghurt are expensive. The rents are expensive too and went up about 20 per cent during the time I was there.

Other things are much cheaper in China, for example eating out. A city like Beijing has every kind of restaurant and bar thinkable and new ones opening all the time. I’m going to miss this, which is part of the energy of China. It wears me out and at the same time, I’m addicted to it.

Q: How would you rate the healthcare in Australia?
A:  Healthcare is great.

Q: Is there any other advice you like to offer new expat arrivals or those returning back to the country?
A:  It is a challenge moving to a new country - even one like Australia where the locals are known for their friendliness - and it takes time to build a new life for yourself. I’ve found being an expat to be one of the most rewarding times of my life and I hope you do too.  Remember there are lots of ways to get involved and even more new friends to make!