The language barrier is a source of culture shock for expats moving to South Korea. While the younger generation will probably be keen to test out their English skills on expats with a friendly greeting, most of the older people in the country speak very little to no English. A simple way to ease these situations is by brushing up on basic greetings. Also, new arrivals should adopt bowing. A bow can work as a greeting, a sign of gratitude or as an acknowledgement. South Koreans pay great respect to their elders, so expats should always bow to people who are senior to them unless they are being served by them in some way.

If someone is visibly foreign, South Koreans generally won't expect them to completely understand local social and cultural practices. Expats who have been in South Korea for a while have quickly learnt the ins and outs of the culture by observing those around them.

South Korean hosts will be incredibly impressed if expats try all the food that is placed in front of them. Korean cuisine has unique tastes and aesthetics. Those with a delicate palette should build up their resilience to spicy food before they arrive, as most dishes here have a fiery or sharp flavour.

While most Western foods are available in South Korea, the local cuisine is cheaper and definitely worth a try. Vegetarians in South Korea should be aware that most of the main dishes have meat or some kind of seafood in them. A good idea for vegetarian expats is to ask a Korean friend or co-worker to write a note for them, to inform serving staff that they don't eat meat of any kind.

Koreans are extremely fashion-conscious, a fact visible in almost every facet of daily life. New shops and eateries pop up overnight to keep up with current trends. This dynamism requires expats to be flexible in order to keep up with changes in trends.

For the fashion-conscious, it's wise to mirror the dress code of people of a similar age. In the workplace, it's advisable to dress formally for the first week or two and then to adjust according to one’s particular work environment. Women should take note that although they can wear short skirts, no cleavage should ever be shown. Women also usually cover their shoulders.

A further adjustment that foreigners will need to make is that shoes should be taken off whenever a home is entered. Most locals keep a pair of indoor shoes which they change into after arriving at home. Some restaurants also require patrons to take off their shoes before entering the dining area.

Another cultural aspect that takes some getting used to is the use of space. South Korean cities are crowded with apartment blocks, skyscrapers and bustling markets. Being able to adopt an ‘Eastern space not Western space’ mindset will be helpful, especially when negotiating apartment sizes and Seoul subway carriages during peak hours. Although the cities are crowded, there are plenty of forests, beaches and islands to escape to on the weekends.

Although Korea is arguably a male-dominated society, modern-day Korean women strongly value their independence and will generally stand up to belittlement. A word of warning though; women who smoke on the street, wear low-cut shirts or drink excessively will be looked down upon. Being foreign does give expats a bit of leeway, but they will probably receive a few dirty looks if they behave this way in public. 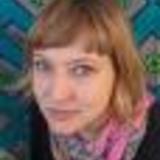 After working as a journalist for the past few years I decided to pack up my life in sunny South Africa and embark on a four-year adventure around the world. I'm currently at my first pit stop, South Korea, but have big plans to blot my passport with stamps from all over the world in the coming months. It feels good to finally quell the gypsy wanderlust that had been bubbling up inside of me, real good.