Transport and Driving in Czech Republic

Expats will find it easy to get around in the Czech Republic, whether by its extensive public transport system or by car. Public transport is robust and generally preferred, with a wide variety of options including trains, subways, trams, buses, taxis and ferries.

It is not necessary to own a car. Indeed, owning a car could be an inconvenience in big cities such as Prague, where parking is extremely limited and car break-ins have been known to occur. Arranging a local Czech drivers' licence can also be a long and difficult process. While nationals of certain countries can continue to drive on their existing licence or exchange it for a local one, others will have to face a complicated procedure to obtain a local licence, including extensive testing.

A number of Czech cities have tram systems, most notably Prague. In Prague, trams run 24 hours a day, seven days a week and are a quick way to get around, making them a popular mode of transport. Operating hours vary in other cities.

The national rail carrier is České dráhy and there are a few private rail companies in operation, including RegioJet, Leo Express and GW Train Regio.

The biggest and busiest railway station in the Czech Republic is Praha hlavní nadráží, situated in Prague. This station offers long-distance travel to several neighbouring countries (including Germany, Austria, Hungary and Poland) and regional services to most large cities in the Czech Republic.

Prague is home to the country's only metro system, which is popular among commuters and travellers alike. Continually expanding, the track is over 37 miles (60 km) long, serving more than 60 stations.

If expats cannot find a train route to a city or village in the Czech Republic then a bus will most likely get them there. In some cities, local buses are the preferred form of transport, running 24 hours a day.

Local and regional buses are usually run by the state, while services crossing over the border into other European countries are often via private bus companies.

Taxis in the Czech Republic are infamous for taking advantage of foreigners. If expats are not able to speak Czech, they should write down their destination to avoid wrong routes as a result of mispronunciation.

It's best to arrange a taxi with a reputable company beforehand, but when hailing a taxi on the street, only use officially registered taxis. These can be identified by their yellow roof lights. A taxi from a legitimate company will also have the company's name, the taxi's licence number and its rates printed on both doors.

Alternatively, rideshare apps such as Uber and Liftago operate in the Czech Republic. Many expats prefer using these apps as it gives them more control over routes and service prices while minimising language barrier issues.

Many expats will need to go through a lengthy process to legally drive in the Czech Republic, though there are some exceptions to this. Those already licensed to drive in the EU can continue to do so using their current valid licence. In addition, certain countries have agreements in place with the Czech Republic allowing nationals to simply exchange their foreign licence for a local one.

However, expats from non-EU countries without agreements with the Czech Republic will need to obtain a Czech drivers' licence. This can be a long and arduous process.

For the first three months of their residency, expats can drive on an International Driving Permit. To continue driving, they will need a Czech licence. To obtain one, expats must attend a local driving school for a prescribed number of hours and pass written and practical exams. Tests are usually available in English, German or Czech – those unable to take the test in any of these languages will be allowed to make use of an official translator during testing.

Road signs are mostly in Czech and driving is on the right-hand side of the road. Cars in the Czech Republic must have their lights on at all times. Roads in the big cities are in good condition but the trams, narrow streets and lack of parking might make a journey less than pleasant.

Cycling is more commonly viewed as a sport and recreational activity than as a means of transport in the Czech Republic. Expats used to getting around by bicycle are likely to be disappointed by the relative lack of cycle-friendly roads and sidewalks. The hilly topography of the country, and Prague in particular, can also be a challenge for cyclists, not to mention its picturesque but bumpy cobblestone sidewalks.

In some cities, there are bicycle-renting schemes where bicycles can be picked up at one location and dropped off at another. Some forms of public transport allow bicycles to be brought on board, though this is sometimes restricted by area, for example only outside of the city centre.

Travelling by foot in the Czech Republic is usually not necessary thanks to its excellent public transport infrastructure. When crossing the road, keep a sharp eye out for approaching cars or trams, as trams have right of way even at a pedestrian crossing.

►For an overview of medical facilities and treatment in the country, read Healthcare in Czech Republic

Are you an expat living in Czech Republic?

Expat Arrivals is looking for locals to contribute to this guide, and answer forum questions from others planning their move to Czech Republic. Please contact us if you'd like to contribute. 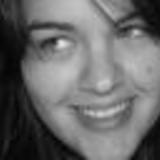 Aspiring writer, journalist, amateur photographer, teacher, traveller, musician, gamer, gardener, rookie silversmith, geek, artist, daydreamer and so much more... Debbie is a proud South African currently living and working in the Czech Republic and plans on spending the rest of her 20s travelling and teaching around the world. Website: www.debshead.wordpress.com