Brits Abroad: How to Become an Eccentric Expat

Waving goodbye to the motherland can be an exciting time for any Brit - but while setting up home in a different country promises new experiences and adventures, it’s not without its challenges. From leaving behind the traditional taste of fish and chips to overcoming the loss of your accent, the life of an expat isn’t always smooth sailing.

As you start to settle into your new abode and begin to integrate with the locals, you’ll want to make sure you stand out from the crowd. So, if you’re looking for ways to immerse yourself in a new culture while remaining boldly British, we’ve got some top tips to help you become an eccentric expat.

1. Refer to everything as ‘cheeky’

Long before Nandos was on anyone’s radar, the term ‘cheeky’ was already in circulation among the most self-respecting of Brits. Originally used when referring to someone rude, the popular phrase has been causing some confusion among those living across the pond.

Whether you’ve pitched up in America or are starting life in France, throwing a ‘cheeky’ adjective into your conversations is guaranteed to pique the interest of your native neighbours. Who knows, maybe you could trade language lessons?

2. Give yourself a title

Looking for ways to meet new people? Becoming socially savvy will help you on your way to meeting any number of interesting characters - and what better way to strike up conversation than introducing yourself as a Lord or Lady?

Approaching strangers can be daunting, so why not treat yourself to a title and introduce yourself as Lord Denwood of Loch Lomond? It’ll certainly give you something to talk about!

3. Insist on drinking tea at every social event

Along with fish and chips, a decent cup of tea is a staple of British life - and no matter which corner of the globe you settle in, you’ll never find a brew as good as Blighty’s. Still, that needn’t stop you insisting on a pot of the good stuff at every occasion.

Your native neighbours might not appreciate the tradition, but you can break the ice by having them around for tea and biscuits. You’ll probably struggle to find a good old Rich Tea finger, but the sentiment will still be there.

Whether it’s Eastenders’ dramatic theme tune or the Queen’s Christmas Day speech, no one does public broadcasting quite like the BBC. Following years of complaining about paying your TV licence for two decent shows a year, you’ll soon find the lack of BBC is something you truly miss about home - and you’ll be using every opportunity to tell your new pals that none of their channels compare.

Longing for the latest instalment of Doctor Who? Thanks to the BBC iPlayer, you can enjoy your favourite TV shows - and even get your new friends in on the action, too! What better way to get to know your new neighbours than huddled around your laptop watching the best of British baddies (and goodies)?

Brits are renowned for their impeccable manners. From apologising when someone bumps into you to holding the door open as a swarm of people pass by, we just can’t help ourselves. But life abroad will soon teach you that not all cultures adopt the same etiquette.

While other countries undoubtedly have their virtues, you can’t beat Britain when it comes to manners. So get perfecting your ‘pleases’ and ‘thank yous’ - it’s all about the stiff upper lip, chaps!

Whether you’re a dedicated tea drinker or have a ‘cheeky’ obsession with the BBC, finding a way to inject some cultural traits into life abroad will allow you to hone your Britishness while immersing yourself in a new culture. 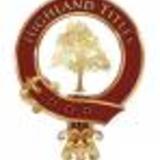 Highland Titles is proud to offer landownership to individuals around the world who are looking to own their very own piece of Scotland.