In expat circles, the term 'trailing spouse' pops up with annoying regularity, and I loathe it. A grossly loaded term, this label is bestowed upon a person following their partner to another country for a work assignment.

It’s not that I take issue with the stereotype of the lady of leisure day-drinking gin and tonics with her friends while her husband slaves away in the office (although in truth this is often far from the reality). My real issue is with the term ‘trailing’ itself.
When I first moved to London nearly five years ago, I was newly married and newly unemployed. My husband had taken a position in his law firm’s London office just a few months prior, prompting a proposal of both marriage and a transatlantic move. Elated, I started slowly closing the Chicago chapter of my life. I broke the lease on my apartment (the last I would rent on my own), resigned from my job, and started my farewell tour with my family and friends. It was at the conclusion of my exit interview that my manager asked how I felt about embarking on this life as a trailing spouse. Once a trailing spouse herself, she gave me a few bits of advice: enjoy yourself, enjoy your husband, and don’t lose yourself. It wasn't until a few months later that I understood what she meant.
As I settled into my new life here, my identity crisis started to rear its ugly head. I had given up everything – my career, my family and friends, and my walk-in closet – to build a new life with my husband in a new country. As happy as I was in my new life, I was a little uncomfortable with it. Being ‘just a trailing spouse’ became my standard response every time I met someone new. In any other situation, I would never think to describe myself as ‘trailing’. I found myself using the term even though my husband and I made a decision together to come to London. I wasn’t hanging on to his coattails nor did I suddenly become a noncontributing partner. We built our life here together. I realise that some of this was my own projecting of my insecurities, but describing my position as ‘trailing’ was and is extremely problematic.
The term ‘trailing’ is the reason so many people think that this life is all rosé and shopping sprees. It completely dismisses the sacrifices and the compromises that we make in order to make the transition. Not to ignore the men who follow their wives as ‘trailing spouses’, but it is reminiscent of the sexist microaggressions that women are faced with daily. We ignore the emotional toll, the identity cost, and the stress of culture shock in favour of a term that by definition indicates that this person is merely and easily following her partner. ‘Trailing’ spouses sacrifice their careers for the sake of their partners’ careers, but that pales in comparison to the other stressors. Moving to a new country often means there’s little to no family around, leading to feelings of isolation and loneliness. Getting settled in a new country is no cakewalk either. Sorting out healthcare, figuring out public transport, and handling cultural misunderstandings can take a real emotional toll, sometimes leading to homesickness and demotivation. Ignoring all of that is not just dismissive, it’s insulting.
I’m not one to look for pity. I live a fabulous life. Since I moved to London, I’ve travelled throughout Europe and Northern Africa. I’ve been exposed to a totally new culture, developed friendships with people from all around the world, and can now appreciate a good cuppa. At the same time, though, when I had to take my 10-month-old son to the emergency room, my lack of family support meant I had to go alone. My daughter was less than a month old when my uncle died, so I missed the funeral. I missed my sister’s baby shower and have yet to see one of my brother’s improv performances. Living abroad has been fun, but not always easy – which is why I take such issue with the term and the concept of the trailing spouse. If I’m honest, I’m not a fan of alternate terms either. Accompanying spouse and expat partner are significantly better, but it’s still putting a label on something that doesn’t really need one. I am an expat. I am a wife. I am a mother. Those are the labels I’m willing to accept. Do not call me ‘trailing’. 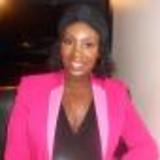 Mercedes Asare is an American expat spouse and mom of two living in London. When she's not running behind her tots in the park, you will find her writing about the life of an expat spouse in her weekly newsletter, Don't Call Me Trailing.