Interview with Nadine - A British expat in Kenya

Nadine, the 'expat mummy', left London in 2011 to move to Cape Town with her husband. After six years spent raising three kids and adjusting to Cape Town's slow pace, they left South Africa to settle in Kenya in 2017.

Having adapted to expat life in Kenya, and after living in Cape Town, Nadine enjoys the more authentically 'African' experience that Kenya provides.

Nadine is passionate about writing, adventure, motherhood and sharing her insights into parenting in a foreign country. Read about Nadine's life and experiences in her blog, The Expat Mummy and read about other expat experiences in Kenya. 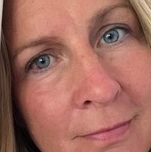 Q: When did you move to Kenya?

A: Nine months ago

Q: Did you move here alone or with a spouse or family?

A: I moved to Kenya with my husband and three young children.

Q: Why did you move to Nairobi?

A: My husband was asked to open an office in Kenya, and we had previously spent six years in Cape Town.

Q: What do you enjoy most about Nairobi? How would you rate the quality of life compared to Cape Town?

A: I enjoy the culture the most. You really feel like you are in Africa. Whereas living in Cape Town, it felt more like a version of Europe. There are markets and stalls on every corner selling fruits you’ve never seen before as well as unusual crafts. The people here wear a lot of colourful traditional clothing. Oh, and the weather. It's generally always warm, even when it's raining.

Q: Do you experience any negatives to life in Kenya? What do you miss most about home?

A: I don’t like being targeted because I’m a muzungu (foreigner). From people trying to sell you stuff that you don’t want, to inflated prices to being ignored in queues. And I sometimes feel a little scared of the crime in Kenya. Not so much in my day to day life, but definitely when there were riots in Nairobi.

Q: What are the biggest adjustments you had to make when settling into expat life in Kenya? Did you experience any particular elements of culture shock?

A: We didn’t experience culture shock, but we had moved to Kenya from another African country. The biggest thing I remember about moving to South Africa was the different sense of urgency. People are always late and hardly ever turn up when they say they will, if at all, and it can take ages for even simple things to get done. Once you wind down and get into the speed of things, then adjusting is easy.

Q: What’s the cost of living compared to South Africa? Is anything cheaper or more expensive in Kenya?

A: It’s very similar in price. Some vegetables and meat are cheaper but not overly so. Imported goods such as toiletries and toys are very expensive. Houses and cars cost a fortune. Crafts, flowers and some veggies are cheaper, but that’s it.

Q: Did you have a problem getting a visa or work permit for Kenya?

A: My husband's visa and work permit took a long time but it was relatively easy to come by.

A: Foreigners rarely travel by public transport, although I believe it's safe to do so. All expats have cars.

Q: How would you rate the healthcare in Nairobi? Have you had any particularly good or bad experiences with regards to doctors and hospitals in Nairobi?

A: So far my experiences have been good but all expats pay for private medical insurance which provides access to the top doctors and hospitals. Having said that, I've been told that I should go back to the UK for anything other than minor surgery. I've heard quite a few horror stories about healthcare in Nairobi.

Q: What are the biggest safety issues facing expats living in Nairobi and Kenya?

A: Unlike in South Africa, you don’t have to be afraid the minute you drive into a township. The people in villages here are generally friendly and if you are careful, and don’t travel after dark, then you can go wherever you want. Crime is high here but it's mostly opportunistic rather than planned. So you apply the same rules that you would in any country, such as not flaunting your wealth and being careful about where you are after dark. Having said that most expat houses are protected by heavy security and there have recently been a number of break-ins in Karen, the area I live in. On the whole, though, I feel safe.

Q: How do you rate the standard of housing in Nairobi?

A: The expat housing in Nairobi is excellent. We live in a quiet leafy suburb. Most expats have large four to five bedroom houses and a garden. They often have access to a pool, either at their homes or within a housing compound. In general, the standard is much more comfortable than in the UK.

Q: Can you recommend any areas/suburbs in Nairobi for expats to live in?

A: We live in Karen and I'm a huge fan of it. There are lots of family-friendly places to live in and a few very good schools. Other expat areas are Muthiaga, Lavington and Westlands.

Q: How tolerant are Kenyans of foreigners? Is there any obvious discrimination against particular religions or identities?

A: As a white woman my experience of the locals has been nothing but positive. In some areas, you are seen as a potential source of cash but it's always non-threatening. In more rural areas you may be the only white person that locals have ever seen, so you have to be prepared to be a point of interest. The country is anti-gay, so it's not a place to travel or live in if you want to live an openly gay lifestyle.

Q: Was it easy meeting people and making friends in Nairobi? How did you go about meeting new people?

A: It's very easy to meet people. There is a huge expat community in Nairobi, but there are limited places to go and shop. In the Karen area, we all go to the same pubs, same supermarkets and our children all go to the same schools, so you invariably keep bumping into the same people, which is useful in getting to know them.

Q: Have you made friends with Kenyan locals or do you mix mainly with other expats?

A: I mainly have expat friends but I do have some local friends. I met most of my friends through my children's school, which has a large expat population.

Q: Did your spouse or partner have problems adjusting to their new home in Kenya? Do you think there are any specific challenges for a trailing spouse in Kenya?

A: I came here as a trailing spouse. I've had no challenges adjusting to Kenya but then, this isn’t our first African placement. We were aware of what to expect and haven’t met any challenges that we can't overcome. My kid's school has been great and they've settled in really well. The expat community is so large and active that we felt at home very quickly.

Q: Did your children settle into Kenyan life easily? What were the biggest challenges for your children during the move to Kenya?

A: My children were most upset about leaving their friends. They have made new ones but still talk a lot about their old buddies.  The biggest challenge was moving from a South African schooling system to a British one. My son was two years behind his age group in terms of reading and writing, so he had to drop a year. In the end, he has caught up but it caused us, and him, some stress over the year.

Q: Can you recommend any Kenyan schools?

A: The Banda School in Nairobi is excellent. It recently received the 'outstanding award' when reviewed for the British International Schools Awards. Alumni often win scholarships to top UK schools for all subjects.