Spanning three decades, this delightful biography tells the true story of a young American missionary, and her life as a doctor working in Persia. 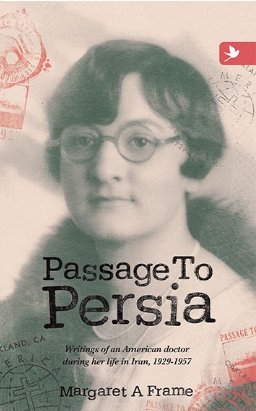 At the age of 27, Adelaide Kibbe sets out from her home in Ohio, and travels by sea through Europe and Egypt. The first leg of her journey takes her to London where she recounts her amusing observations on Henry VIII: "He must have been short and fat." On the English in general: "We do have a terrible time understanding them.” And, on the nation’s cuisine: "They just can't cook there!"

Once she finally arrives in Persia, this devout Christian girl takes everything in her stride. She writes with a calm and confident pen, clearly describing all that she sees, be it good, bad or horrific. At times, her prose is beautifully poetic, especially when describing nature. The rest of the time she is wonderfully descriptive and, through words, she takes you along on her journey, keeping you by her side.

When she begins life as a doctor in the pilgrimage city of Meshed, she is really put to the test. As a female doctor she is in demand and sees somewhere between 100 and 150 patients every morning with all manner of symptoms to attend to, from the simplest of colds, to those needing surgery. It's no wonder her notes read: "The clinics both open the eyes and rend the heart."

The position of doctor affords her a more in-depth glimpse of the country from 'rich’ and ‘poor' perspectives and because of this the reader is spoilt with detail and comparison not usually experienced from both ends of the social spectrum.

There are plenty of anecdotes alongside her notes on the customs and traditions of the people, and there are some poignant poems translated from Farsi. Occasionally, a scene takes on a farcical aspect and you can't help but smile as donkeys bray, mourners carry a fake coffin filled with treasure, and Adelaide herself refuses to treat a cow that has been referred to her as a patient by another doctor.

Dr Kibbe’s story covers a period of great transition for Persia, which makes it very informative, with some interesting historical content and you can’t help but admire this woman’s immense courage to do what she did, and with such indomitable style.