Interview with Kate – an English expat in Spain

Kate Boyle is an English author who spent several years living and teaching English in Madrid. She quickly fell in love with the city and now considers it a home away from home. Read our review of her debut novel, Happy as a Partridge, or follow her adventures on her Twitter or website. 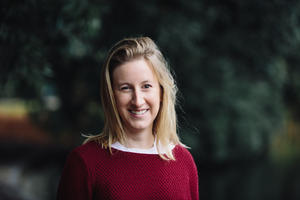 Q: When did you move to Madrid?

A: I moved to Madrid when I won a competition for a month of Spanish lessons. I’d recently quit my job in London and so this seemed like fate – little did I realise I would end up falling in love with the city, staying far longer and writing a novel loosely based on my experiences there.

Q: What do you enjoy most about Madrid? How would you rate the quality of life compared to London?

A: The Madrileños love to say that ‘if you’re in Madrid you’re from Madrid’ and I was overwhelmed by the welcoming nature of all the locals. Time seemed to move more slowly there which I found irritating at first, but I soon adjusted to the different hours, later meals and general last-minute and spontaneous nature of life in the city. The quality of life is incomparable with London – sunnier, cheaper, friendlier, everything seemed easier and less stressful.

A: While I loved the slower pace of life in Spain there were times when I missed the efficiency of London. Doing any bureaucratic paperwork in Madrid was pretty time consuming and frustrating. In the summer when the heat became a bit too much for my pale skin I found myself craving the cooler temperatures of the UK too.

Q: What are the biggest adjustments you had to make when settling into expat life in Spain? Did you experience any particular elements of culture shock?

A: As quite a shy person it took me a while to get used to the directness of Spaniards and their more expressive style of communicating, not to mention the way they invade your personal space and touch you far more than Brits ever do. It made me quite uncomfortable initially but their general warmth is quite infectious and I find my way of communicating has changed now.

Q: What’s the cost of living in Spain compared to the UK? What is cheap or expensive in particular?

A: Accommodation is much cheaper than in London – for a room in a flat in the centre of Madrid I was paying less than half what I paid in London. Eating out is also much more affordable as well as transport.

A: A car is definitely not essential – the metro is very efficient, there are plenty of buses and taxis are pretty cheap. I lived pretty centrally and found it easy to walk nearly everywhere I needed to go.

A: I lived in quite a few different areas but particularly loved Chamberi and Barrio de las Letras.

A: I found them very friendly and welcoming – in fact, so many of them are keen to practise and improve their English that at times I felt like a celebrity (and at others like I was being used for my language skills!).

A: I ended up with a group that was about half expat, half locals. I was quite hard on myself when I initially arrived and tried to only make friends with Spaniards in order to improve my Spanish as quickly as possible. However, I would advise others to take it more slowly – adjusting to a new culture and lifestyle takes time and some days I felt too tired to speak English, let alone Spanish in the evenings or I just wanted to relax and have easy chat rather than stilted Spanish conversation.

I would suggest making a good group of expat friends to start with and then trying to broaden your circle. Although Spaniards are friendly, becoming good friends with them takes time. I only recently discovered Girl Gone International, but they seem like a very friendly and supportive group and I met some lovely people through various Meet Up groups. LingoBongo is a great website if you’re looking for people to do intercambios or language exchanges with.

About working in Madrid

Q: How does the work culture differ from London? Do you have any tips for expats doing business in Spain?

A: My work was very different in Madrid – I was working as an English teacher, mainly in different businesses around the city, so I was constantly moving rather than being based in an office 9 to 5. This type of work was very flexible and quite relaxed and varied in nature. English teachers are in demand in the city and it was easy to find work that was relatively well paid.