Interview with Dan - An American expat living in Buenos Aires

Dan is an American chef who moved to Argentina to be with his spouse. He loves the European feel of Buenos Aires, where he lives, but misses the occasional New York City bagel. 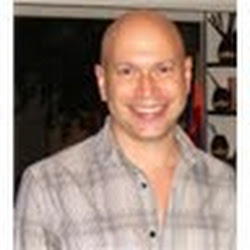 A: To be with my now spouse who already lived here. I’m a chef.

Q: What do you enjoy most about Buenos Aires, how’s the quality of life?

A: Slow pace compared to New York City where I last was.

A: No bagels, iffy sushi, lack of range of ethnic cuisines. My friends.

Q: Is Buenos Aires safe? Are there any areas expats should avoid?

A: Most of it is though there are certainly areas that expats should stay away from.

A: Excellent public transport . There is a 24-hour bus system that covers the city and country; reasonably good subway system during the daytime (6am to 10pm) that covers the core areas of the city. Plenty of taxis. In general I’d recommend against a car, it’s expensive to own one here.

A: Decent public healthcare system, free for anyone. Very good private healthcare, both on a subscription and pay as you go plans. Quite reasonably priced as well.

About living in Buenos Aires

Q: Which are the best places/suburbs to live in Buenos Aires as an expat?

A: Within the city, Recoleta, Palermo, Almagro, Villa Crespo, Belgrano and San Telmo.

Q: How do you rate the standard of housing in Buenos Aires?

A: In general quite good.

A: Reasonable but getting steadily more expensive with high inflation in the economy.

A: Locals are friendly and easy to get to know. It’s far easier if you speak Spanish at least conversationally and preferably more. English is not, by any stretch, a language spoken fluently by any large percentage of the population. I tend to mix with both locals and expats, but not generally with the “expat groups” that are a bit isolationist.

A: You need to qualify for residency, which automatically includes the right to work. It’s not easy unless you have a non-work related source of steady income that’s you can count on for at least several years into the future. Otherwise you’re relegated to renewing your 90-day tourist visa and no right to work other than as a self-employed person.

Q: What’s the economic climate like in Buenos Aires, is there plenty of work?

A: There’s work out there if you want it and are qualified, and again, if you speak Spanish.

A: Much more relaxed - deadlines are near non-existent and no one seems to care about getting anything done.

A: Don’t come down expecting that Argentina, just because it’s in “Latin America” is going to be like Mexico (which seems to be the most common misperception). We’re thousands of miles away with a completely different culture, ethnicity, cuisine, climate, etc. Most of the locals are European descendants - it’s a very “white” populace - and consider themselves to be quite different from the cultures in surrounding countries (and, they are).

Food is, in general, simple and on the blander side - there’s no culture of spicy or even particularly spiced food here - steak and potatoes are the mainstay of the restaurant cuisine world, though at home people eat much more varied foods.

Getting things done here takes time; you have to learn patience, particularly for a) standing in line and waiting, and b) finding that you can’t get a straight answer to how to get anything done, let alone any agreement on the part of different people whom you might ask. But, with patience and perseverance, it all works out. A little bribery never hurts either.