After surveying nearly 27,000 expats worldwide, HSBC has revealed that Singapore has been ranked as the world's top expat destination for the second year in a row. Competition was fierce as runners-up New Zealand and Canada also boasted high scores, both missing the top spot by a mere fraction.

Singapore's strong and steady economic climate was cited as one of the top reasons for staying in the country. Sixty-two percent of expats reported that they were earning more in Singapore than they would in their home countries. The most popular reasons for moving to the little red dot were to experience a new challenge, to improve earnings and to improve their quality of life.

Switzerland's finances and economy are top

For personal finances and local economy, expats rated Switzerland as the world's best, citing the good earning prospects in the country and the ease of starting a business. Singapore was also rated highly for these two aspects and achieved a rank of second place in the economy category, while Germany came third thanks to its high score in the subcategory of working life.

Although the top ten scorers in the area of economy were mainly European destinations, countries in the Middle East such as Qatar and the UAE also made appearances, with expats seeing a move to the Middle East as a chance to up their earnings, save money and earn more disposable income. In past surveys, the Middle East has been better represented in the top ten economies but suffered a setback this year due to a drop in oil prices.

New Zealand's close brush with first place in the survey as a whole is largely due to its high ratings in the experience category, where it nabbed the number one spot for the ease of setting up and for its pleasant and welcoming people who made it easier to integrate. Singapore also scored well for these two aspects, but still couldn't best New Zealand in the experience category.

Families can benefit from a move to Sweden

With aspects such as relationships, education and childcare, and raising children being rated, the family category was dominated by Sweden, which achieved high ratings for all three. Close on Sweden's heels was the Czech Republic in second place and Singapore in third place.

The Czech Republic did especially well for education and childcare, which expats described as low cost and high quality. However, a low score for relationships and social life prevented it from topping the overall ranking for the family category.

Interestingly, expats rated relationships and social life in the Philippines as the world's best, despite a relatively low overall family ranking, which was pulled down drastically by low ratings for education and childcare, and raising children.

Singapore came third in the family category as a good place for raising children, although expats rated New Zealand as the world's best place to raise children, noting the ease with which expat children could make friends in the country.

►Check out our guides on the world's top three expat destinations: Singapore, New Zealand and Canada 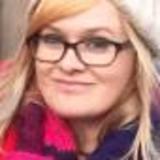 Meagan is a writer and editor for Expat Arrivals.