Book review: Waiting for the Tulips to Bloom by Lisa Morrow 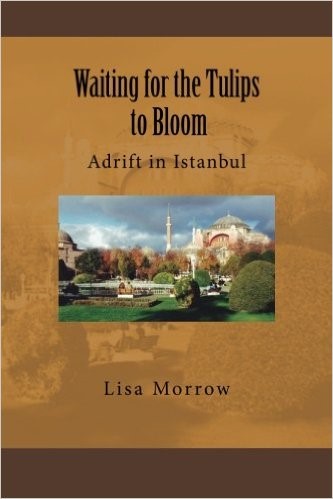 After extended repeated visits to Turkey, starting in 1990 during the Gulf War, the death of Lisa Morrow’s mother in 2006 prompts her to leave her native Australia with her partner Kim and settle in Istanbul. In Waiting for the Tulips to Bloom she shares some insights of living in this fascinating part of the world.

Turkey is a complex country, but having travelled extensively throughout the country as well as having already lived in Istanbul for a short time, Morrow is sure the transition would be simple. Consequently, she’s optimistic as she packs up all our worldly belongings, arrives in Istanbul and starts to look for an apartment to buy. She has all her lists, knows what to look for and is sure it will be easy. However, Istanbul is too contradictory a place to understand from short tourist visits. Behind the façade of mystery, hidden erotica and unusual foods promoted through tourism is ordinary Turkish life, which is far from mundane.

As an individual still trying to overcome the effects of her mother’s death, Morrow struggles to know who she is. On arrival in Turkey this is exacerbated by having to struggle with real-estate agents, Turkish traditions, bureaucracy, cultural differences and making friends with the locals. After many setbacks and much doubt she finds and buys an apartment with the help of Turkish friends. Just as she starts to relax, attending Turkish hen’s nights and weddings, she finds out that the paperwork for their apartment has been lost. They spend four nail-biting months waiting to learn if they do in fact legally own the apartment, or if her ‘friends’ had tricked her and they would be left with nothing.

Finally, Morrow receives the title deeds, and life looks grand again. She and her husband attend dinners with new friends, start work, explore the beauties of Istanbul and ponder their place in a city caught between tradition and modernity. The couple’s life just begins to change for the better when Morrow learns her partner could have cancer. She tries to stay positive and take joy from the moment like the Turks do, until they know one way or the other what the future would bring. Suddenly, she realises that it’s possible to cope with the bad while still enjoying the good in life and, somewhere along the Turkish journey, Morrow comes to know herself.

Morrow’s personal story in Waiting for the Tulips to Bloom is the vehicle that allows readers to see the bigger picture of life in Istanbul. She looks beyond the popular images of headscarves and Islam, to reveal a fast-paced modern city that struggles with its changing society and its history, but where life can nevertheless be fun and vibrant.

►To learn more about life in Turkey through real life expat experiences, check out our expat interviews.