Interview with Mia – A South African expat living in Lebanon

Mia is a South African expat living in Lebanon. She moved to the capital, Beirut, in 2013 and has been living here ever since with her Lebanese partner. Mia is the mother of two beautiful soon-to-be multilingual children. Follow her on Instagram to learn more about her experiences in life, love and parenthood. Or check out her blog The Shared Diaries for more about her life as an expat mom in Lebanon.

Read more about Lebanon in our Lebanon expat guide. 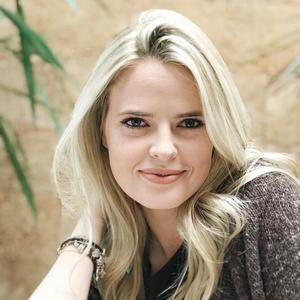 Q: Where are you currently living?
A: I live in Beirut, the capital of Lebanon.

Q: Is this your first expat experience?
A: No, I lived in Boston for 5 years before moving to Lebanon.

Q: Why did you move; what do you do?
A: I work as a singer and radio broadcaster. I moved to Lebanon with my fiancée, who is Lebanese, after we met in Boston.

Q: What do you enjoy most about Lebanon? How would you rate the quality of life compared to your home country?
A: I love the Lebanese cuisine! The quality of life is very good. I treasure the feeling of safety here most of all. There are no threats of house break-ins or hijackings like in South Africa.

Q: Any negative experiences? What do you miss most about home?
A: The traffic! It’s horrendous. People don’t really abide by the road rules, so I miss the rules and regulations on the roads.

Q: What are the biggest adjustments you had to make when settling into expat life here? Did you experience any particular elements of culture shock?
A: The language barrier. Even though most people understand English; Arabic and French are much more common. That’s what made me decide to start learning Arabic as soon as I got here. Also, you have to get used to people back home constantly asking you if you are safe living here (because they think that it is still a war-ravaged country). It gives me immense pleasure to tell them that I feel safer in Lebanon than I did in South Africa.

Q: What’s the cost of living compared to home? Is there anything particularly expensive or particularly cheap in Lebanon?
A: Comparatively speaking it’s more expensive. Especially because you end up paying for certain amenities twice. For example: you can’t drink the tap water, so you end up having to buy bottled water for cooking etc. So, you’re paying for both the municipal water and the bottled water. There isn’t 24-hour electricity, so you pay for a generator to supply electricity when the municipal power switches off – again, paying twice.

Q: How would you rate the healthcare in Beirut? Have you had any particularly good/bad experiences with regard to doctors and hospitals? Are there any hospitals you would recommend?
A: The healthcare is excellent – exceptional. Doctors are extremely well trained. I would recommend Clemenceau Medical Center.

Q: What are the biggest safety issues facing expats living in Lebanon?
A: The biggest concern is the threat of war breaking out because of the situation in neighbouring countries.

Q: Any areas or suburbs you’d recommend for expats to live in?
A: Ashrafieh, Mar Mikhael, Gemayze, Verdun. All of these are in the centre of the city.

Q: How tolerant are the locals of foreigners?
A: The locals are extremely welcoming and very hospitable. It’s one of the things Lebanese people are most known for.

Q: Was meeting people and making friends easy? How did you go about meeting new people?
A: I met most of my current friends through my husband, and a lot of people through my work at the radio station.

Q: Have you made friends with locals or do you mix mainly with other expats?
A: I have a mix of local and expat friends.

Q: Did your children settle in easily?
A: Both my kids were born here – I love the fact that they will grow up speaking 4 languages (English, Afrikaans, French and Arabic) and speak it from a very early age.

Q: What are your favourite family attractions and activities in Lebanon?
A: We enjoy going up to the mountains to ski or have picnics. We also like going to the beach resorts.

Q: What are the schools like?
A: My kids are still too young, they are only in nursery at the moment. However, the education system is very good in Lebanon, especially in subjects like science and maths.

Q: Is there any advice you would like to offer new expat arrivals to Lebanon?
A:  No matter how scary it is, get used to driving. It’s your sense of independence. You don’t want to be taking taxis every time you have to go somewhere (especially not for things like grocery shopping). As mentioned before, the Lebanese people are extremely hospitable – if they’ve invited you out for dinner, they are paying. Don’t try to pay in secret, they will get mad. You have to “invite” them in return on another occasion. And finally, stop comparing your current lifestyle to the one you had before. Yes, you might have lived in a house with a nice garden before, and now you are living in an apartment with barely a patch of grass for a dog to pee on. Yes, you probably took public transportation to work every day and now you have to battle through 2 hours of bumper-to-bumper traffic daily. There will always be negatives, but there are also so many positives.

► Read more about Moving to Lebanon