Doug Rice is an American expat who first came to Vietnam during the Vietnam War. Thirty years later, as a retiree, he found himself back in Ho Chi Minh City where he now lives for part of every year. Doug says that once Indochina gets into your blood it becomes almost impossible to stay away. In his interview with Expat Arrivals, Doug tells us more about the advantages and disadvantages of moving to Ho Chi Minh City. 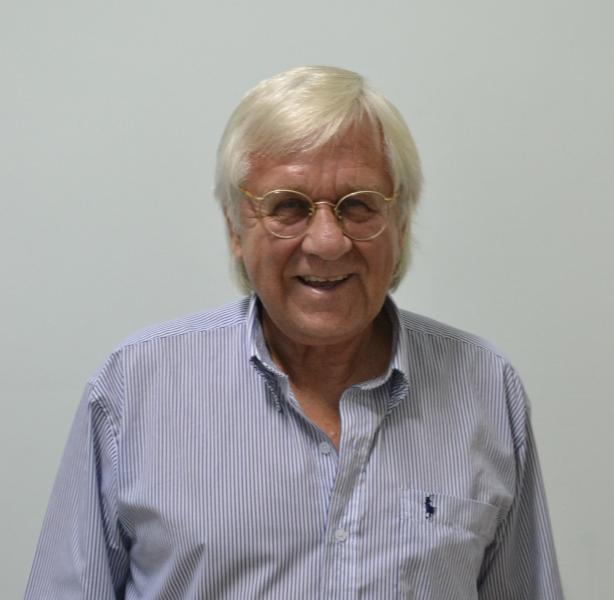 A: Born in the Flint, Michigan, big boat sailing on the Great Lakes and skiing in the winter was how most of my youth was spent.  After high school and a year of college I made a half-hearted attempt at professional skiing in Aspen, Colorado and then found myself back in Flint.

The Vietnam War was in full swing, the Air Force wanted me and I wanted out of Flint, so three years in the USA and that fourth one spent here in Vietnam really flipped my life around. On my discharge, I had the challenge of putting my life back together but Vietnam stuck in the inner recesses of my mind.

Some 30 years later I found myself back here again on what was to be a short visit that lasted months, and since then I’ve been living my life with one foot in Ho Chi Minh City and the other in Fair Oaks, California.

A:  My home address is a small apartment in Fair Oaks, California but I’m here in Ho Chi Minh City right now staying in a rented room and this is where I spend a good part of every year.

A:  Been living here in Ho Chi Minh City on and off for 12 years but from time to time I’m also in Bangkok.

Q: Did you move with spouse/children?

A: No, I’m divorced and have a son and a grandson and it is a problem being away most of the time. Living as I do, if I had a wife and children I think it would be really hard to do.

Q: Why did you move to Ho Chi Minh City; what do you do?

A: Indochina gets into your blood and once you have a taste you’ll find it’s impossible to stay away. Why Ho Chi Minh City? It is crowded, noisy, scruffy, crazy, but always interesting and things are happening all at a breakneck speed. Also Ho Chi Minh City is broken up into districts so it’s much like little cities within the city, in your home district folks take the time to smile and wave as you pass by or even try to have a little chat.

Q: Any negatives about life in Vietnam? What do you miss most about home?

Q: Is the Ho Chi Minh City safe? Are there any areas expats should avoid?

A:  For the most part Ho Chi Minh City is safe but like any large city you need to pay attention to what’s going on around you. I’m always hearing warnings about keeping your belongings close to you as thieves who ride motorbikes are adept at snatching things off a person as they ride by, but I personally have never seen it. Funny though, I don’t hear folks talk about pick pockets but it’s happened to me twice. Beware of that cute little sweetheart and stay away from those talented little hands.

Q: How would you rate the public transport in Ho Chi Minh City? What are the different options? Do you need to own a car?

A: Taxis are inexpensive and on most corners are enterprising motorbike guys selling their services. If you’re in the centre of the city in District 1, or close to it in District 2, walking is a healthy and easy way to get around. City buses are cheap, but I have trouble figuring out the routes, but that’s me. I don’t think you can own a car as a foreigner, that is unless you’re connected with a large organization like a corporation or an NGO.

Q: How would you rate the healthcare in Vietnam?

A:  I would say healthcare in Vietnam is so-so. There are several international clinics that are good but expensive and the care offered is limited. In general if you have a serious medical condition, especially a life threatening one, it’s good to carry air evacuation insurance. Thailand has good medical care and even though I haven’t tried it, Singapore is said to have high quality care also.

Q: How do you rate the standard of housing in the city?

A:  The cost of housing in Ho Chi Minh City is cheap especially if you live away from the city centre but in the areas where many expats live it can be expensive. The quality of what you get is all in the eyes of the beholder.

A:  Overall the cost of living in Ho Chi Minh City is cheap and if you can stay away from Western restaurants and use just local products in your everyday life it’s really cheap.

Q: What are the locals like in Ho Chi Minh City; do you mix mainly with other expats?

A:  For me making friends with locals is hard, mostly because my lack of Vietnamese language skills and being retired I have limited access to locals in the workplace. Though for me it is hard meeting expats as well, as most expats work here and make friends through their jobs.

Q: Is there any other advice you would like to offer new expat arrivals in Ho Chi Minh City?

A:  The visa thing can be an issue, if you’re going to work for someone here make sure they will help you with this. However, so that you know what you need make sure you research the visa issue on your own. A 90-day visa is not a problem and I saw six-month visas being offered through the Vietnamese Embassy in Cambodia, but nothing about one year visas or temporary residence cards. Of course you are probably aware that you need some sort of visa in advance just to gain entry into Vietnam.