Interview with Rita – a Russian expat living in France

A serial expat, Russian-born Rita grew up in Israel and now lives in Paris with her husband and children. While it was difficult to settle in at first and things didn't go to plan, she persevered and now works as a career coach for other expat women struggling to cope with career difficulties in a new country. 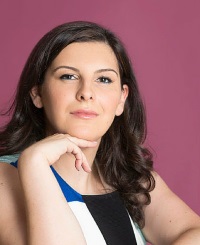 Q: Where are you originally from?
A: Born in Russia, raised in Israel, studied partially in the US and now live in Paris, France.

Q: Did you move to Paris alone or with a spouse/family?
A: Family

Q: Why did you move; what do you do?
A: We originally moved for my job but stayed for my husband’s post-doc research. I have since changed careers, founded Expat Renaissance and gotten training as a career coach for expats.

Q: What do you enjoy most about Paris? How would you rate the quality of life compared to Israel?
A: It’s Paris. Do I need to say more? Jokes aside though, the city offers endless opportunities for gourmet food, nice galleries, interactive kids’ activities and just simple walks in the amazing parks around the city of light.

Q: Any negatives? What do you miss most about home?
A: Yes, the first year was terrible. The bureaucracy was killing us (still does to some extent). It took us three months to find an apartment, I couldn’t get a place in any childcare system for nearly two years, and the language… Oh, the language. It lacks any logical reasoning when learning. That was a major challenge. And then slowly but surely things started falling into place. It reminded us why we loved the city to begin with. Starting over is never easy, friends and family are the things we missed to death in the first couple of years. We still do, but now we have our own social circle and family visits relatively often.

Q: What are the biggest adjustments you had to make when settling into expat life in Paris? Did you experience any particular elements of culture shock?
A: I sort of expected a different mentality (given all the jokes about the French), but was especially taken aback by the fact that I had to plan a play-date three weeks in advance and schedule coffee with my next-door neighbour (literally from the same floor of the same building) two weeks ahead.

Q: What’s the cost of living compared to Israel? What is cheap or expensive in particular?
A: Housing is very expensive in Paris (but not necessarily so in all of France). Cars and electric devices are much cheaper, though. The main difference from Israel would probably be the social benefits of the education system – schools are free starting from the age of three, and you only pay for hot lunch.

Q: How would you rate the public transport in Paris? Do you need to own a car?
A: We own a car, but honestly we hardly ever use it during the work week. Public transport is well-organized, and you could get anywhere in the city with the metro infrastructure.

Q: How would you rate the healthcare in Paris? Have you had any particularly good/bad experiences with regard to doctors and hospitals?
A: I have given birth to my second son while here in Paris and it's AMAZING! Not a single bad word about the experience.

Q: What are the biggest safety issues facing expats living in Paris? Are there any areas expats should avoid?
A: Like any big city in the world, there are certain areas that are less safe, relatively speaking. Paris has experienced several terror attacks lately, so that was an unsettling experience, but other than that I feel safe here, even when taking the metro after midnight.

Q: How do you rate the standard of housing in Paris? What different options are available for expats?
A: Housing is extremely expensive, and most expats tend to settle for a much smaller apartment than what they are used to. There are strict regulations about renovating a place before renting, so you would most probably expect to get a decent looking flat. Since apartments are small, they tend to have a lot of built-in storage space. As anywhere else, the sky is the limit – and you can find luxurious duplexes overseeing the Eiffel Tower (you just need to be able to pay for it).

Q: Any areas/suburbs you’d recommend for expats to live in?
A: The 8th, 16th and 17th arrondissements and Neuilly-sur-Seine are rather posh if you’re looking for upscale. 15th arrondissement and Levallois-Perret are more family-oriented.

Q: How tolerant are the locals of foreigners in Paris? Is there any obvious discrimination against particular religions or women, etc.?
A: There are a lot of expats in Paris, and so locals are relatively used to foreigners. Having said that, the French are a closed society, and they don’t make friends easily or let in people to their inner circles. To date, the vast majority of my friends are also expats from different places.

Q: Was it easy meeting people and making friends? How did you go about meeting new people?
A: We moved here for a job offer I had – so I initially met some people there (though it didn’t work out as I expected). Social media boomed while we were here, and we’ve met a lot of friends through Facebook and Meetups. Child-related activities around my children also introduced new friendships.

Q: Have you made friends with locals, or do you mix mainly with other expats? What advice would you give to new expats looking to make friends? Any social/expat groups you can recommend?
A: As I mentioned, most of my friends are expats as well. The first step would be to join the biggest and most well-established FB group: Expatriates in Paris. And subscribe to the free Expatriate Magazine (where I write as well). Also, it’s worthwhile looking for special groups from your origin – I’m part of both Israeli and Russian groups.

About working in Paris

Q: Did you have a problem getting a visa or work permit in Paris? Did you tackle the visa process yourself, or did you enlist the services of an immigration consultant?
A:  We arrived with a visa done for me. My husband, however, had to do all the paperwork (and redo it again and again) for his visa. The bureaucracy is not easy – he had to go back to Israel to settle everything.

Q: What’s the economic climate like in Paris? Do you have any tips for expats looking to find a job there?
A: There are many international companies and several international organizations (OECD, UNESCO). I would suggest focusing your efforts there first, unless you have near perfect French skills from the beginning.

Q: How does the work culture differ from Israel? Do you have any tips for expats doing business in Paris?
A: The culture and atmosphere is much more formal and well planned. You should take into consideration that things take time, sometimes a lot of time.

Q: Did your spouse or partner have problems adjusting to Paris? Do you think there are any specific challenges for a trailing spouse?
A: Yes, the first year was extremely difficult. My husband couldn’t find a research job, and when he did, there was a whole paper trail process that took forever. My oldest son was home with a nanny for almost two years because we couldn’t get him into a childcare system. The education system is great, but only after the age of three – before that, it’s rather challenging.

Q: Did your children settle in easily? What were the biggest challenges for your children during the move?
A: My son was 16 months old, so there wasn’t any major challenge. The second one was born here. Both of them are well integrated and speak French fluently (as well as Russian and Hebrew).

Q: What are the schools like in Paris?
A: There are a great variety of private schools – international, bilingual (in different languages), Montessori and so on. Since my kids are still young, we made a conscious decision to send them to a public school in our area. It turned out to be a good choice.

Q: Is there any other advice you would like to offer new expat arrivals in Paris?
A: Ask for help. Use social media to ask people all kinds of questions… where to find a hair salon? What is the best cell phone package? Where do you do your groceries? English-speaking dentist? And so on… It takes time, and there’s no shame in asking for help or just sharing your frustration with others.