Protect your pension funds from IHT with a QNUPS

Are you an expat in Dubai, looking to boost your retirement benefits at the same time as reducing your tax liabilities? QNUPS could be the answer.

Did you know that even though you are a UK expat, you could still be UK-domiciled, and if so, that means you remain subject to UK Inheritance Tax (IHT) on your worldwide estate? In other words, based on current rates, your family could have an IHT bill on your death of up to 40% after applicable exemptions and allowances.

There can be however, ways to manage this. The longer you are an expat for example, the greater your chance of establishing a foreign domicile which can rid you (or rather your family) of UK IHT. By being non-UK domiciled your liability to UK IHT is restricted to your UK estate (if any).

Alternatively, if you and your spouse remain UK-domiciled, any transfers from one to the other on death will be exempt – although this can be only a temporary exemption as IHT may then be payable on the transfer of the assets from the remaining spouse to the next of kin. Or, in the unlikely event that you know when it’s going to happen (and it’s seven or more years away) transferring your assets at least seven years in advance of death will also see the transfer clear of tax.

Essentially, the difference between the two is that a QROPS is the transfer of pension assets, whereas a QNUPS is the contribution of non-pension assets. Contributions can be made into a QNUPS in either cash or other assets (such as property), and the scheme was introduced by HMRC in 2010 in order to protect pension funds – which had originally been transferred into a QROPS – from IHT.

Certain criteria must be met for a pension scheme to qualify as a QNUPS. It must conform to the rules governing UK pension schemes. The same retirement age as a UK pension must apply, and  there must be an income for life upon retirement. A maximum 30% lump sum can be withdrawn once retirement is taken. Additionally, it must be available for the residents of the jurisdiction in which it is based and recognised for tax purposes there. If these conditions are fulfilled, then upon death it is possible for the remainder of the fund to be distributed free from UK IHT.

Be aware however that QNUPS have been established as a means of providing retirement benefits. Therefore if it is ruled that the purpose of an individual’s QNUPS is solely to avoid tax (in cases for example where a scheme is set up for a member who is either terminally ill or in bad health), then no exemption from IHT will be available. 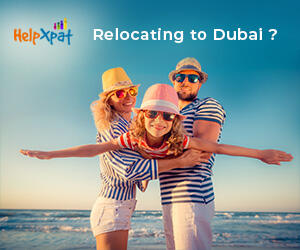