Australian 457 visa reforms: what you need to know 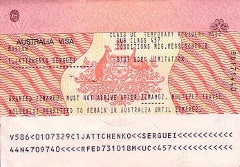 In April 2017, the Australian government announced that the popular Temporary Work Visa (subclass 457) was to be replaced by the Temporary Skill Shortage (TSS) visa with immediate effect.

With the potential to affect thousands of expats and expats-to-be, these visa changes may put a big dent in plans to settle in Australia. Here's a quick round-up of the practical implications of the new visa.

Comparison of 457 visa and TSS visa

The 457 visa was a four-year visa allowing foreigners to live and work in Australia in certain industries with skill shortages. It was one possible route to permanent residency in Australia, with visa holders being eligible to apply after one year of living in the country.

TSS visa holders, on the other hand, will not necessarily be eligible for Australian permanent residency. The TSS visa has two streams: a short-term stream, granting the right to work and live in Australia for two years, and a medium-term stream, granting the same for four years. Expats have no choice when it comes to which stream they fall under as streaming is determined by occupation.

On that note, another important change is the fact that the list of eligible jobs has been drastically shortened, with more than 200 jobs cut from the list. Currently, there are around 400 occupations eligible for the short-term stream and less than 200 eligible for the medium-term stream.

Other changes include the addition of a requirement for the candidate to have two years of work experience. Candidates also cannot be over the age of 45. Criminal background checks, labour market testing and English proficiency checks must also be carried out before the visa can be granted.

Expats currently in Australia on the 457 visa will be relieved to know that they are not affected for the time being, but any applications submitted after the announcement on 18 April 2017 will be considered under the new system.

*Further changes may be made to visa regulations at any time, so expats are advised to consult the Australian Department of Immigration and Border Protection for the latest details.

►Learn more about Working in Australia