Interview with Martina - A German expat living in Italy

Martina is a German expat living in Italy with her husband and three children. They moved to the northern city of Bologna because of her husband’s job. Despite the slow pace and constant bureaucratic delays, they enjoy the lifestyle in Bologna, which includes many entertainment options, warm summers and the proximity to the mountains and sea. Martina’s love for Italy’s culinary delights has led her to start her own culinary tour company in Italy, Golosa Italia. 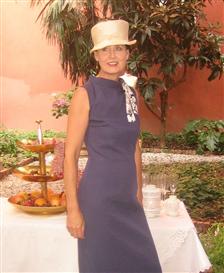 A: Germany, but we lived in Canada for four years before we came to Italy

Q: Why did you move to Italy; what do you do?

A:  We moved because of work, my husband has a big project here. I'm self-employed, I founded a culinary tour company and explore food-related traditions and customs in Emilia-Romagna.

Q: What do you enjoy most about Bologna, how’s the quality of life?

A:  It's very lively, the street and places are always crowded, everybody goes to bars and restaurants. Many outdoor activities are possible, long and warm summers, the town is very close to the mountains and to the sea, from May to October is swimming season. The food sector is amazing, every small village has a special dish, local fruit markets are everywhere. The quality of fruits and vegetables is amazing, also meat and fish are prepared the traditional way, even in very simple restaurants you eat very well for little money.

A:  Time schedules are just ideas, everybody is always late, and appointments are never on time. You need a permit for everything, lots of paperwork, work is inefficient and needs long working hours

Q: Is Bologna safe? Are there any areas expats should avoid?

A: Bologna is safe, I've never had a problem.

Q: How would you rate the public transport in Bologna? What are the different options? Do you need to own a car?

If you live downtown, you don't need a car, traffic is very different from US/Canada, crowded, narrow streets, people speed and have their own rules. Public transport is okay.

Q: How would you rate the healthcare in Bologna?

A:  Long waiting times for doctor's appointments, but all in all okay.

About living in Bologna

Q: Which are the best places/suburbs to live in Bologna as an expat?

A:  You should live in the historic centre; from there you can do everything in walking distance. It´s very dense with offices, restaurants, shops, the university, everything happens downtown.

Q: How do you rate the standard of housing in Bologna?

A:  The standard isn't great, nice, comfortable and well-located places are expensive. Affordable apartments have a very low standard, people often share an apartment. The places for one or two are crazy expensive.

A:  Food is cheap, public transport is cheap, rent is expensive and clothes are expensive.

A:  Yes, the only chance to make friends in the beginning are expats, the locals are not very open. Most expats don´t speak Italian, which makes it even more difficult.

Q: Was it easy meeting people and making friends in Bologna?

A:  No, it wasn't easy. I became a member of local expat organisations and went from there. I also met people through the business, but business stays business, it´s not an entry for a friendship.

About working in Bologna

Q: Did you have a problem getting a work visa/permit for Italy?

Q: What’s the economic climate like in Bologna, is there plenty of work?

A: No, many people are unemployed, you need an international company or connections to get a job

Q: How does the work culture in Italy differ from home?

A:  You work long hours, but not very effective, getting promoted is way harder, the wages are lower. Many endless, senseless meetings and hard to get a decision.

A:  Yes, he didn´t speak the language and had a hard time at work.

A:  No, the school system is very old fashioned and strict.

A:  Look for an international school, for the state schools you need to speak Italian

A:  There are two expat organisations you should become a member of, it's the best way to make friends. If you don't speak Italian, it'll take a while to get into contact with Italians. Bologna is a traffic knot, make use of it and travel! Venice, Florence, Padua are nearby, Rome is in easy reach.

>Are you an expat living in Italy? We'd love to hear your story, so please contact us.