Should US Expats Claim the Foreign Earned Income Exclusion When Filing US Taxes? 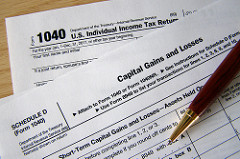 Americans living abroad find themselves in the unfortunate position of having to file US taxes, as well as in many cases taxes in the country where they are living.
The US is the only developed nation that taxes based on citizenship, so that all US citizens (and green card holders, as well as anyone with the right to US citizenship) are liable to file and pay US taxes on their worldwide income, wherever in the world they live. Thankfully, the IRS has made a number of exemptions available to ease the burden on US expats. The primary exemption for expats is called the Foreign Earned Income Exclusion. The Foreign Earned Income Exemption doesn’t exempt expats from filing US taxes though; along with the other exemptions for expats, it must be claimed when expats file their federal tax return.

The Foreign Earned Income Exclusion allows expats who qualify to claim it to exclude up to around $100,000 (the exact figure rises a little each year due to inflation) of their earned income from US tax liability.
Note that only earned income can be included – in other words, money earned from self-employment, salary, or freelance work. Unearned income, such as from rents or dividends, can’t be excluded using the Foreign Earned Income Exclusion so would still be liable to US income tax. Neither does it matter where in the world the income is sourced or paid, so long as the expat lives abroad.
To claim the Foreign Earned Income Exclusion, expats have to file Form 2555 along with their annual federal return. Form 2555 requires expats to prove that they live abroad using either the Bona Fide Residence Test or the Physical Presence Test.
The Bona Fide Residence Test requires proof of permanent residence in another country. This may include a residency visa, foreign tax information, or proof of a foreign home including utility bills for example.
The Physical Presence Test meanwhile requires expats to prove that they spent at least 330 days outside the US in the relevant tax year (or in a 365 day period that coincides with the tax year, if they moved abroad mid-year perhaps). The Physical Presence Test works well for expats who move between different countries without establishing a permanent home, such as those working as digital nomads.
Expats who can prove that they live abroad in one of these two ways on Form 2555 can then exclude around 100,000 USD of their earned income from US taxes (although they still have to declare their worldwide income on their tax return).
This means that expats who either live in a country without income taxes, or one that only taxes income sourced within that country (if the expat is paid in the US for example), or those who move between countries without staying long enough to establish tax residence in any one country, won’t have to pay any taxes at all.
Furthermore, expats who earn over 100,000 USD and who rent a home abroad can also claim the Foreign Housing Exclusion, which allows them to also exclude a proportion of their housing rental expenses. The exact amount varies depending on where in the world they live.
Claiming the Foreign Earned Income Exclusion isn’t always the best option though, even for those expats who qualify for it.

When should expats claim the Foreign Earned Income Exclusion?

The factors that determine whether the Foreign Earned Income Exclusion is the best option for expats are the country where they live (and so whether and at what rates they pay foreign income taxes), what their income sources are, and how much they earn.
Expats who don’t pay tax abroad, such as those not classed as residents for tax purposes or who live in a country that doesn’t tax their income, are always best served by claiming the Foreign Earned Income Exclusion, assuming that they qualify.
Expats who pay foreign taxes, however, may be better off only claiming the Foreign Tax Credit. In particular, if they pay more taxes abroad than they owe to the IRS, they can claim more US tax credits than they need and carry forward the excess credits for the future. If they pay less in foreign income tax than they owe to the UK on the other hand, the Foreign Earned Income Exclusion will benefit them more.
Expats who pay taxes abroad and receive unearned income will also only be able to claim the Foreign Tax Credit.

Expats who haven’t been filing US taxes because they weren’t aware of the requirement to can catch up (including claiming exclusions) using an IRS amnesty program called the Streamlined Procedure without facing any penalties.
The Streamlined Procedure requires that expats file their last 3 tax returns and their last 6 FBARs (Foreign Bank Account Reports, if required), pay any back taxes owed (often none, assuming that they retrospectively claim one or more of the available exemptions), and self-certify that they’re previous failure to file wasn’t willful avoidance.

Hugo Lesser works for Bright!Tax, an award-winning provider of US tax services to the estimated 9 million Americans living abroad.