Interview with Allison – a Canadian expat living in Manchester

Allison is a 29-year-old Canadian expat who has just finished two years on a Youth Mobility Visa in Manchester. Most of Allison's experience has been working in public relations but she has taken a two-year career break to work with the National Health Service. On the weekends, Allison enjoys seeing live bands, collecting records and hiking. She shares her thoughts on Manchester's quality of life and how to meet people and make friends. Be sure to follow Allison on Instagram.

For more on expat life here, see our Expat Arrivals essential guides, Moving to the United Kingdom and Moving to Manchester 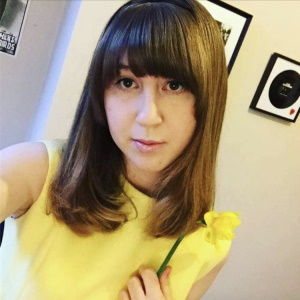 Q: Where are you originally from?
A: From Calgary, Canada.

Q: Where are you currently living?
A: Manchester, United Kingdom.

Q: Did you move here alone or with a spouse/family?
A: I moved by myself. When I first arrived in Manchester, I didn’t know anyone here.

Q: Why did you move?
A: I moved to Manchester because, since I was a teenager, I have been fascinated by English music and culture. I also thought it would serve as a good base to explore more of Britain and Europe.

Q: What do you enjoy most about Manchester? How would you rate the quality of life compared to Canada?
A: Manchester is world famous for its music scene, and it is definitely one of the best parts of living here. From Oasis to The Buzzcocks; Joy Division to The Smiths, a myriad of famous bands has hailed from Manchester and the surrounding area. Exciting gigs are happening every weekend, from emerging talent to old favourites and it’s often difficult to choose which gigs to attend because of the sheer volume of choice. Manchester is extremely proud of this heritage and you’ll see references to the city's musical past dotted about.

My second favourite thing about Manchester is the area surrounding it. Manchester is located next to the Peak District which is easily accessible and has gorgeous hiking trails. The Lake District is also within easy reach by train if you don’t mind a longer day. I’ve gotten more into hiking since moving from Canada (which might seem strange), but Britain has Public Right of Way Laws which has created a vast network of hiking trails. The public transit system here also means that even without a car many hiking trails are within reach.

Q: What are the biggest adjustments you had to make when settling into expat life in Manchester? Did you experience any particular elements of culture shock?
A: Initially getting settled proved to be quite a challenge. I didn’t have a job or a place to live lined up when I arrived. I had booked Airbnbs for my first two weeks and then planned to sort everything out after I arrived. However, I was often chasing things around in circles as I couldn’t get a lease without a bank account, no bank account without a job and no job without a lease. I ended up renting a cheap room in a house share for my first couple months until I was able to sort out a bank account and a job and then move to a better area.

Q: What’s the cost of living compared to Canada? Is there anything particularly expensive or particularly cheap in the UK?
A: I’ve generally found things in Britain are the same price as in Canada but in pounds instead of dollars, so things are close to twice as expensive. Rent is quite costly, along with eating out and consumer purchases. Electronics are particularly expensive, so make sure you won’t need to replace your phone or laptop while here.

Groceries, however, tend to be cheaper by comparison even at the higher end shops such as Marks & Spencer. The quality of the food in grocery shops is one thing I’ve really appreciated; generally, things are quite fresh and healthy.

Q: How would you rate the public transport in Manchester? What is your most memorable experience of using Manchester’s transport system?
A: Public transit, despite how much people moan about it, is much better than it is in Canada. While trains can often be late, it is usually by minutes and not a huge inconvenience. My most memorable experience of taking public transport here was when I stumbled across the ‘folk train’. I was on my way out to the Peak District for a last-minute hike when an old-timey folk band began playing on my carriage. Everyone began clapping along and, as it was near Christmas, people were handing out chocolates as well. I ended up chatting with the lady that organises it and found out it was a monthly occurrence where a band plays on the train, gets off and plays at a local pub and then plays the train journey back as well. A few weeks later, my friend and I returned so that we could enjoy the full show and had a lovely evening listening to great music and chatting with what turned out to be quite a loyal following.

Q: How do you rate the standard of housing in Manchester? What different options are available for expats?
A: Rentals in England typically fall into a few categories: there are private rentals run by landlords, rentals run by agencies and house shares. You’ll likely live in a house share when you first arrive unless you know people or have a good job lined up. House shares can either be run by agencies, where the existing tenants have no control over who else shares with them, or they can be run privately and the tenants choose their fellow housemates. I’ve heard great stories and I’ve also heard horror stories; it just depends on the house share. Private and agency rentals can be a mixed bag as well.

Private rentals are easier to get but harder to find, and you may have difficulty getting the landlord to fix things. Agencies require quite a few checks to rent from and new arrivals may not have sufficient rental and credit history built up to qualify.

Generally, I have found rental houses in Britain to be dirtier and smaller than Canada. But many of them do come at least partially furnished which makes it much easier if you are moving from abroad. What I do appreciate is the walkability. Most places will be located only a short walk from a corner shop (and because it is Britain, a pub).

Q: Any areas or suburbs you’d recommend for expats to live in?
A: South Manchester is generally the nicest part of Manchester. Some bits (such as Chorlton and Didsbury) have a reputation as being quite expensive but, in my experience as far as renting goes, they’re just as expensive as anywhere else.

Q: Was meeting people and making friends easy? How did you go about meeting new people?
A: People in Manchester are extremely friendly and you’ll find strangers will often strike up a conversation with you. People in this city are also extremely helpful and will go out of their way to help you get settled and feel at home. You’ll meet people in the workplace, volunteering, at gigs and classes.

Q: Have you made friends with locals or do you mix mainly with other expats? What advice would you give to new expats looking to make friends with the locals?
A: I don’t know anyone from Canada in Manchester. I’ve stuck to making friends with locals. Most of my friends I have made through gigs, work and friends of friends. If you’re outgoing, you’ll have a very easy time settling in here. I don’t think there are many Canadians in Manchester so people are generally quite curious and will ask you a lot of questions.

Q: Was getting a work permit or visa a relatively easy process? Did you tackle the visa process yourself, or did you enlist the services of an immigration consultant?
A: I moved here on a two-year Youth Mobility Visa. It wasn’t the most straightforward, but I managed to get mine (however, most of my friends that have applied for one have used a service). Unfortunately, work visas are quite tricky to get and require a fairly high income for the North of England. Despite working for the NHS and having an employer that was interested in sponsoring me I’ve been unable to qualify for a work visa after my Youth Mobility Visa.

Q: What is the economic climate in Manchester like? Do you have any tips for expats looking to find a job? Which resources did you find most useful?
A: I was having a difficult time finding work in Manchester in spite of having a Public Relations diploma and several years of experience. I ended up finding my job through friends I made after arriving. My first week in Manchester I got speaking to a couple outside of a Noel Gallagher gig and we ended up swapping phone numbers and becoming quite good friends. I hadn’t been having the easiest time finding work and they both worked for the NHS. They got me started off as a temp with the NHS and eventually a permanent job. I ended up working with the NHS for the duration of my visa.

If you are looking for work here my advice would be to talk to people. So many people I know here have found jobs through friends and acquaintances. Having transferable skills will count for a lot as well and be prepared to work as a temp for a while. Many offices prefer to trial people on a short-term basis before hiring them on as permanent staff.

Q: Is there any advice you would like to offer new expat arrivals to Manchester or the UK?
A: Be outgoing. Get chatting with people. Tell them about your country and ask them about Manchester. Not only will they be more than happy to share their love of Manchester with you, but they’ll go out of their way to help make Manchester home for you as well.

►For more interviews, check out Expat Experiences in the UK