Offbeat and arty things to do in Johannesburg

Moving to Johannesburg may mean that you have to give up friends and family, your job, your home country, familiar sights and a host of other things. What moving to Joburg definitely does not mean, is having to give up a spirit of adventure, a love of the outdoors, the arts, museums, historic walks and a ton of other cultural activities.

It’s not without reason that Joburg is touted by some as the cultural capital of South Africa. The city boasts several state-of-the-art theatres, including the famous Teatro and Pieter Toerien theatres at Monte Casino, The Lyric at Gold Reef City, as well as The Barnyard theatres in multiple locations. World class ballets, popular West-End musicals, international pop and rock stars – they all come to Joburg and perform to packed audiences.

But besides these highly advertised and pretty expensive attractions, the city is also home to a lot of lesser-known and more pocket-friendly entertainment. This comes in the form of live music, literary festivals, wine and beer festivals, concerts in the park, weekly farmers’ markets, drive-in cinemas, graffiti competitions and a jazz festival, to name a few. You will not be at a loss of things to do in Johannesburg all year round.

Some of my favourites are below, but these are just a few of the hip and happening things that take place in Joburg throughout the year. Many expos are regularly held at the Expo Centre Johannesburg and the Coca-Cola Dome just outside the city, including car and bike shows, photography and film festivals. Many smaller events that are not held regularly are usually advertised through social networking sites, local newspapers and local events websites.

Expats who prefer to spend the weekend enjoying the sunny outdoors with a bunch of friends, without having to deal with the hassle of organising food and drinks, can simply head out to any of the numerous farmers’ markets in Johannesburg. Regular weekly markets are organised every Saturday or Sunday in different suburbs. Fresh grown produce, home-baked cakes, food from all over Africa and the world, ample drinks, handicrafts, small knick-knacks, curios and antiques – you can find them all. A few of the most popular markets in Johannesburg include:

I never get tired of showing my love for the inner city, which primarily consists of areas that you will probably be warned against. I am not kidding – you will be told, over and over again, never to go to the city centre, Hillbrow and adjoining areas because the inner city is not what it used to be and is crime-ridden.

As a result of the efforts of the government and several local organisations, however, the area is now the region’s hub of arts and culture. Both the Neighbourgoods and the Market on Main are hugely popular, even though they are located in this area. Museum Africa holds excellent exhibitons of art, pottery and ceramics. Several African restaurants dish out culinary delights in the Maboneng Precinct and Braamfontein – not to mention the quirky old pubs and jazz bars.

Standard Bank hosts the Joy of Jazz festival every year around September. The festival was previously held in the inner city but this year it has moved to a more upscale location in Sandton. Several world-renowned and Grammy-winning artists perform at the concert, providing a chance for jazz lovers to hear and see their favourite stars live.

A lesser known but still hugely popular festival is the Melville Fête De La Musique. Organised by the Melville Residents’ Association, Alliance Française of Johannesburg and the French Institute of SA, the festival is a free event that showcases the talents of amateur as well as professional musicians. Besides music of all kinds, you can enjoy street performances, puppet shows, parades and a great, vibrant atmosphere.

Back to the City Festival

Yep, this one is in the inner city as well. The festival started on 27 April 2007 to celebrate Freedom Day, the annual celebration of South Africa's first non-racial democratic elections in 1994, using hip hop as a form of expression.

Since graffiti is considered to be an important element of hip hop, a graffiti competition is one of the festival’s main attractions. Artists from across the country participate in the competition and each year the pillars and walls around Newtown get a colorful makeover. Over the years, the understanding and appreciation of graffiti as an artform has grown in South Africa and artists now get commissioned for their work.

Live music, breakdancing, skateboarding, film screenings, street fashion, gaming and panel discussions are some of the other things included in the festival.

The popularity of South African wine has steadily been growing for years. The quality and taste is second to none, but what makes South Africa even better is the affordability and access residents have to great wines.

Every other month, wine shows and exhibitions are held in Joburg where a large number of vineyards from Cape Town showcase their wines. For a nominal fee, you get to taste hundreds of wines and the opportunity to buy them at heavily discounted rates. Some of the better-known ones include the Wine Show, WineX and the Juliet Cullinan Wine Festival.

Beer lovers need not despair. Summer sees a host of beer festivals paired with music shows that take place at venues such as the Johannesburg Botanical Gardens and Emmarentia Dam. Even during the winter months, South African craft beer festivals are abundant.

The entire Southern Hemisphere is forced to celebrate Christmas in the warm season as December falls in the summer. In order to still be able to enjoy Christmas with a winter feel, many countries, including South Africa, hold Christmas themed events in July during the cold season.

Several restaurants serve Christmas-related food and organise special Christmas dinners, some markets take on a Christmas-like cheer with fairy lights and window decorations, and people throw Christmas in July parties. It may sound a little odd to do all of this in July, but after spending a little time here you will likely fall in with the rest. 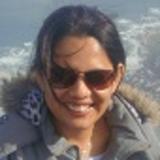 I am an Indian expat living in Johannesburg, South Africa, for a little over a year now. I quit my job and followed my husband to the Rainbow Nation, deciding to pursue the life of a trailing spouse. When not traveling, exploring new areas of Joburg or trying out exciting things to do here,  I can be found reading or blogging about my experiences on Mia Musings.